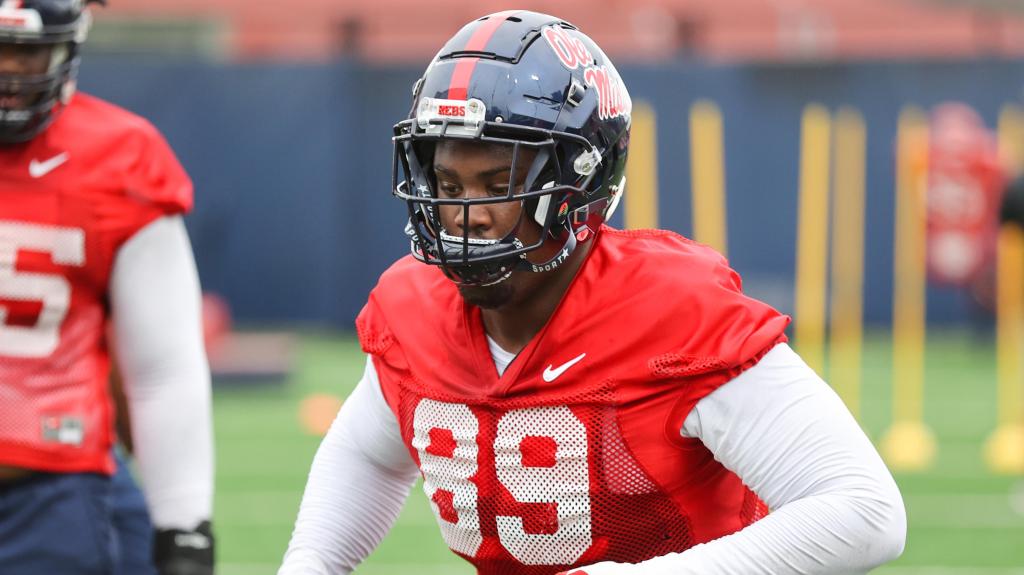 “It felt really good, I felt like I was back at home,” Pegues said. “It felt surreal, I’m not gonna lie. [I’m] used to being in the stands playing against them on a different team, but it felt really good to play in here.”

The former Oxford High School standout played the last two seasons at Auburn before transferring to Ole Miss in January. The rising junior recorded two sacks for the Red team in Saturday’s Grove Bowl, showcasing his strength, agility and quick hands on the defensive line.

The former H-Back also lined up at tight end an a two-point conversion attempt, hauling in a three-yard pass from quarterback Kinkead Dent.

“He just threw me in there and said ‘go catch a touchdown’ so it felt like high school,” said Pegues. “I couldn’t let all my Oxford natives down so I just had to what I do.”

He said the culture around the team helped him make an easy transition, citing the leadership shown by senior K.D. Hill and sophomore Desanto Rollins as the driving factor behind his early success in Spring ball.

“It’s really the culture here, KD Hill and [Desanto Rollins] just bringing us along, showing us what they do, just the small things. Once you get everybody to feel like they’re a part of something you just naturally make plays like that,” he said.