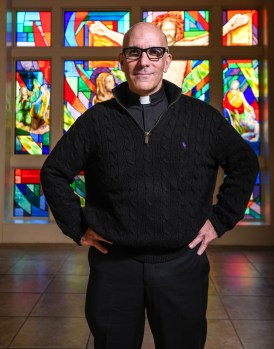 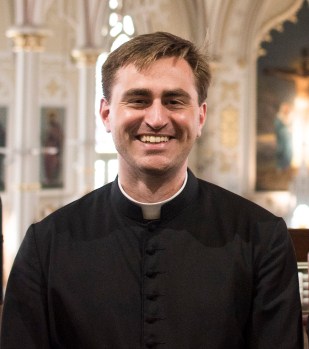 St. John the Evangelist Catholic Church and the community of Oxford are losing a well-known and beloved leader in the Rev. Joe Tonos.

Tonos arrived in Oxford in 2004 and, for almost two decades, he has led his parish and the community with an open and broken heart and a strong love for his faith. When asked how he felt about departing Oxford he simply said: “It’s time. Eighteen years is a good run.”

Yes, the moment may be sad or bittersweet for many, but Tonos said he is feeling happy about his transition. All the work he could do at St. John has been done.

“I feel pretty good about it because I came at a time when I was asked to build a church and to actually establish a church in spirit, too,” he said. “We got the physical bit, but we’ve also developed a good spirit. I’m going to let time tell the rest of the tale on that.”

Although Tonos leaves one home, he is returning to another. He will return to St. Richard Catholic Church in Jackson where served for some time after being ordained as a priest in 1994.

“It’s like moving back into your parents’ home,” Tonos said with a laugh. “I actually think I’m going to have the same room.”

All in all, he is grateful to God for giving him wonderful assignments, Tonos told The Eagle.

Oxford may be losing one member, but it is gaining another.

Taking his place is the Rev. Mark Shoffner of St. Mary’s Basilica in Natchez. Shoffner said he is looking forward to moving to Oxford as he has never had the opportunity to visit in the past.

“I’m excited. That is the beauty of being a Mississippi priest is you get to go to different places,” he said. “I look forward to having a lot of interaction with young families and university kids that swell the parish. It’s going to be interesting to be able to work with young people when they’re making those big life decisions and help guide them.

“You can’t get any closer to the university than where the church is in Oxford. You’re close to the campus and can walk through the grove and minister on campus.”

Tonos remarked that Shoffner’s newness will bring a fresh perspective to St. John’s, representing the new era that Oxford is in.

“He’s enthusiastic, he’s funny, he’s never at a loss for things to say so I think he will be just fine here,” said Tonos.

This community figure may be leaving for that familiar room in a familiar parish, but Tonos said he will never be out of reach for those who wish to see him.

“Mississippi is like a big small town,” said Tonos. “I’m never going to be too far.”

Tonos’ final sermon will take place Sunday, May 8. Shoffner will officially be installed at St. John’s on Thursday, May 12 and will offer Masses beginning on May 15. 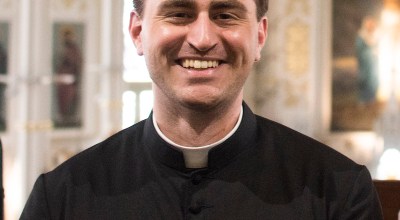