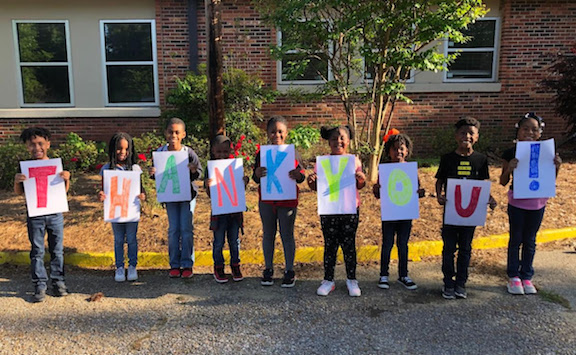 For the second year in a row, the campaign included a virtual kickoff in March, which the organization found to be effective following the COVID-19 pandemic.

BGCNMS partners with DNS Associates in Connecticut to conduct its Annual Campaign.

“I have worked with the Board and Leadership staff at the Boys & Girls Clubs of North Mississippi for the past nine years. I have yet to find a more dedicated group of volunteers and staff,” said Susanne Kennedy, DNS Associates senior advisor. “They are passionate about the work they do and make sure every child that comes through the door is safe, cared for and succeeds — academically, socially and emotionally. The Boys & Girls Club of North Mississippi is truly changing lives each and every day.”

To increase momentum, for the second year, the campaign included an incentive of a special summer surprise for members of the community securing the greatest percentage of perspective donors.

This year’s winner was the Ripley community who secured 138% of their campaign goal and raised more than $58,000.

“Our community has always believed that it’s everyone’s responsibility to ensure that all of our kids have what they need to succeed,” Community Captain Trey Hankins said. “This year’s record-breaking total shows how committed we are to that idea. Our Club members are such great ambassadors for the program that it makes our job as fundraisers very easy.”

Over $17,000 was raised by new team members in each community, including Joyce Graddy of Ripley, Mike Nobles of New Albany, Ed Morgan of Oxford and Jill West and Lindsey Chaney of Tupelo.

“The generosity of individuals and businesses to our 2022 Annual Campaign is so humbling,” stated Zell Long, Chief Executive Officer of BGCNMS. “Your support of the youth served in your communities by our organization assures us that, with your help, we are making a difference in their lives on a daily basis.”