The Commodores played in three championship matches, claiming victory in boys’ doubles and mixed doubles while coming up just short in girls’ doubles.

“It validates what we did as a team, two out of the five [win state titles], runner-up in the [girls’ doubles], and five of the six of them are coming back next year,” said head coach Debbie Swindoll.

Junior Crosse Lindsay and freshman Finn Rico defeated Vancleave’s Marshall Havard and Holden Mattison (4-6, 6-3, 10-6) in a tiebreaker after splitting the first two sets. It was their second victory in as many weeks against the Vancleave pairing after defeating them in the team final (6-4, 7-6) in Vicksburg last Thursday.

Brother and sister duo Brett and Jenna Lampton also claimed a state title for Lafayette, defeating Long Beach’s Samantha Wilson and Alexander Hailes (6-2, 6-2) in the mixed doubles final. The duo cruised their way through the tournament, as they did not drop a single set en route to the state title.

Swindoll commended the Oxford-Lafayette community for coming out to support their two schools, noting the large crowds and emphatic cheers that were omnipresent at Stone Park the last few days.

“It makes me so proud to be from this town where we’re all in this together, for me it’s just exciting for the community. The skill level of these tennis players is phenomenal for the age they’re at,” Swindoll said. 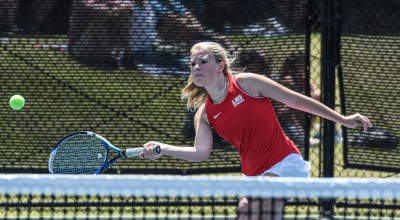