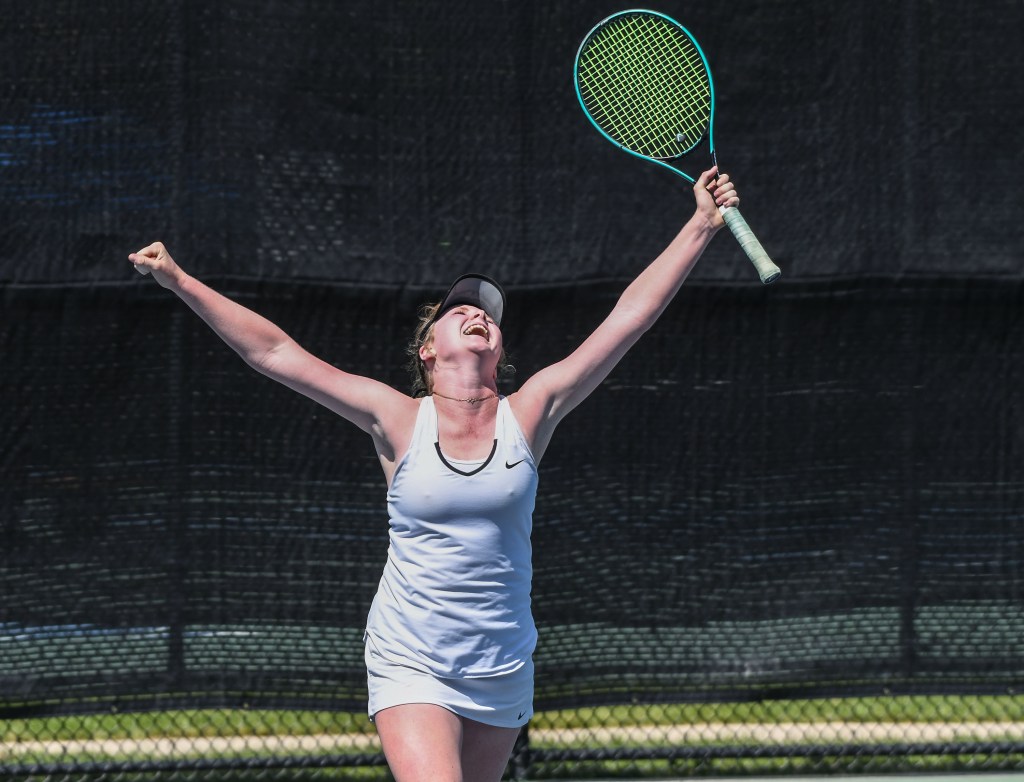 “She’s really good, and as she matures and learns how to play with leads she’ll be even better,” said Oxford head coach Louis Nash.

Wilkinson needed a tiebreaker to win the first set, going up 4-1 before Smelley won five of the next seven games to even the set at 6-6. Smelley went up 4-2 in the tiebreaker before Wilkinson rattled off four straight to take a 6-4 advantage. The Ocean Springs junior came back and evened the score at 6-6 in the tiebreaker, but Wilkinson held strong and earned back-to-back points to claim the set.

“You can tell she’s a freshman,” said Nash. “She got a little frustrated in the middle of the match but really showed some stuff to win the tiebreaker.”

Boys’ singles competitor Rowan Devera also reached the championship match for Oxford, but fell to Madison Central’s Charlie Ratliff (6-4, 6-4) in the final after dealing with cramps throughout the second set.

“From not playing last year to getting all the way to the state title, I mean we couldn’t be happier for him,” Nash said of Devera’s performance. “He puts in the work, and as a coach that’s all you can ask for.”