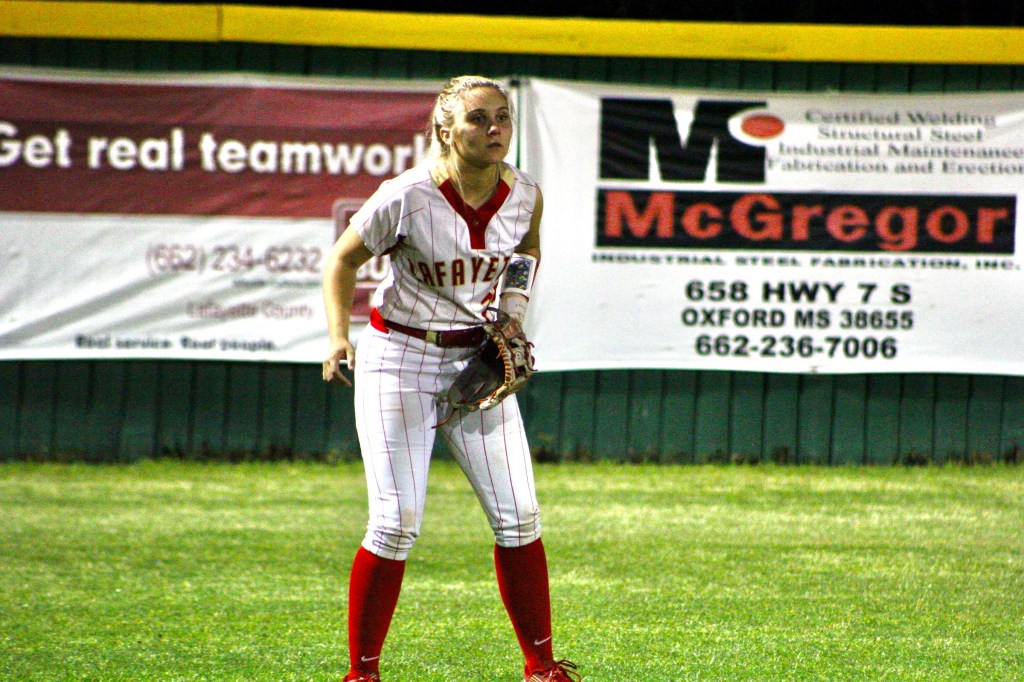 Lafayette fell to New Hope in two games in the second round of the MHSAA Class 5A playoffs this weekend. (Grant Kelley/Commodore Media Group)

COLUMBUS, MISS — Lafayette softball suffered back-to-back blowout losses to rival New Hope this weekend as the Commodores fell in the second round of the MHSAA Class 5A playoffs for the second consecutive season.

The Commodores struggled to get consistent production on the mound, as game one starter Taylor Styers gave up six runs in two innings on Friday before surrendering four more runs in relief on Saturday.

Game two starter McKenna Brown was also chased from the game prematurely after conceding four runs in 0.2 innings on Saturday.

Seventh-grader Sydney Crager, who the Commodores leaned on to churn through innings late in the season, struggled under the big lights, giving up 10 runs across 6.2 innings in a pair of relief appearances.

Lafayette struggled to produce run support for their struggling pitchers as well, as the Commodores recorded more strikeouts than hits in each game.

Head coach Greg Lewis’s squad struck out 17 times in the series for a team strikeout rate of over 32%.

Designated player Morgan Breithaupt was the only player to record a hit in both games, going 2-for-3 with an RBI single in game one on Friday before recording an RBI single in four plate appearances in the loss on Saturday.

Shortstop Morgan Manscoe played well in her return to the starting lineup after coming off the bench in the Commodores’ 11-2 loss on Friday. The junior missed four days of practice with an illness that forced her to undergo IV therapy, but returned to the starting lineup on Saturday, tallying two doubles, two RBIs and a run scored in four at-bats.

Her return proved to be futile however, as the Commodores saw their season come to a close with a 13-5 loss on the road.

Lafayette finishes the season with an 11-11-1 record as the young team turns its attention to next year when they will attempt to return to the North Half final for the first time since 2019.