Coming Soon: Guthrie’s ready to open in Oxford by the summer, seeking staff 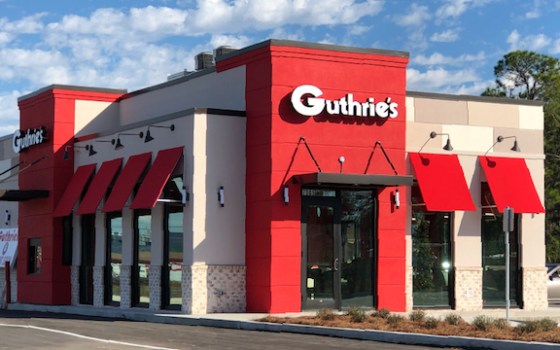 Guthrie’s, “America’s Original Chicken Finger Restaurant,” is expected to officially open in late May-early June this year and management are seeking to build their team.

The future restaurant will be located at 1506 University Avenue, where the dine-in Pizza Hut formerly resided.

Co-owner Randy Washburn of Burroughs Restaurant Group said the future Oxford location will be the group’s third location. Burroughs currently has two restaurants open in Memphis Tennessee and plans to open another in Collierville, Tennessee later this summer.

Setting up shop in Oxford was an easy decision, said Washburn.

“It’s a city that we always loved and this property became available,” he said. “It’s in such a great location that we couldn’t say no.”

A sign of eagerness and excitement, the restaurant group has already invested themselves in the community.

Guthrie’s will have a hiring event on Wednesday, May 11, from 10 a.m. to 6 p.m. at the Oxford Conference Center. Attendees are required to bring two government-issued IDs, at least one has to be a birth certificate or social security card.

Job interviews will be conducted on-site and hiring will take place on the spot, according to Washburn. Washburn hopes to build a team that will show the best of Guthrie’s and provides premium quality food to the community.

“We will offer premium quality chicken fingers that we will serve fresh, cooked to order and always hot,” Washburn told The Eagle. “We don’t have any heat lamps in the restaurant so it’s always cooked to order. It’s fresh, hot and— importantly— it’s served fast.