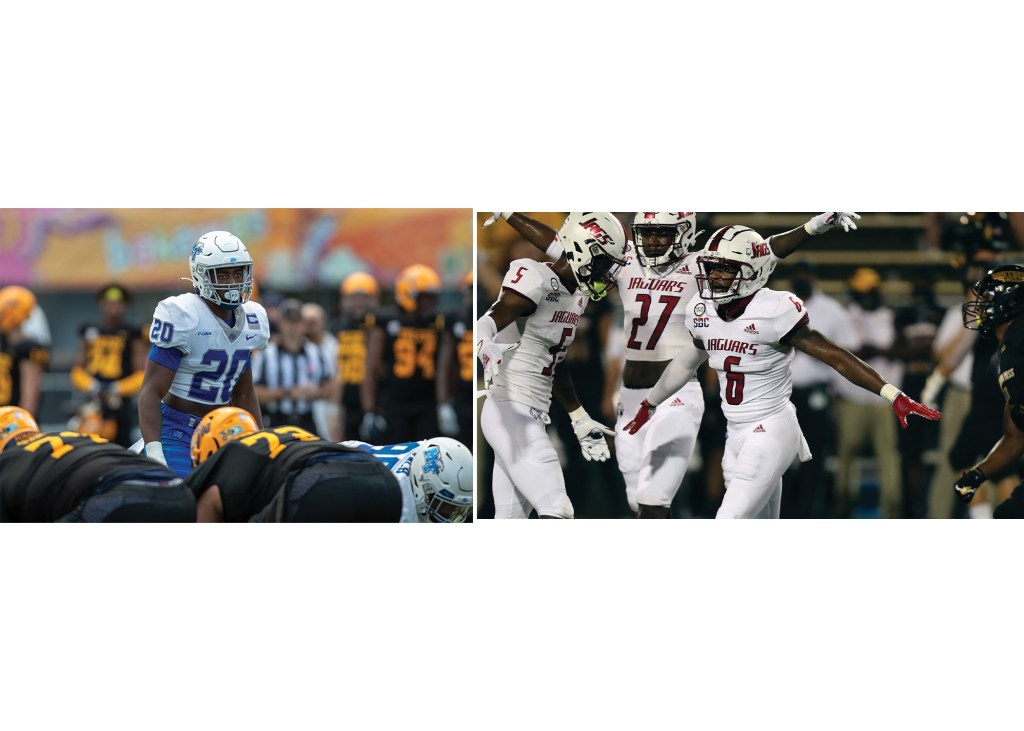 Thomas, who attended Middle Tennessee State after graduating from Oxford, signed one of the larger guaranteed contracts among undrafted free agents this season, agreeing to terms on a deal that guarantees him $130,000 this season.

The hard-nosed linebacker set the all-time program record for career tackles for loss during his time at MTSU, and began attracting attention from professional scouts after posting 89 tackles, including 17 for a loss, to go along with five sacks, two interceptions and seven quarterback hurries as a senior in 2021.

He earned Second Team All-C-USA honors after leading the Blue Raiders to a win over Toledo in the 2021 Bahamas Bowl, where he earned also earned Defensive MVP honors.

Rockette, who started his collegiate career at Northwest Mississippi Community College before transferring to South Alabama, also signed with New York in the days following the draft.

The athletic defensive back recorded 24 tackles, two interceptions and three pass deflections as a fifth-year senior in 2021, finishing the season as the only Jaguar with multiple interceptions.

Rockette is a bit undersized for a professional cornerback and does not have elite speed, but makes up for it with supreme athleticism and quickness. He joins a Jets squad with an extremely thin secondary, but likely has a long road towards making the active roster.

The details of Rockette’s contract have not yet been made public, but the springy corner will have a chance to earn guaranteed money and a roster spot with a strong performance in training camp.