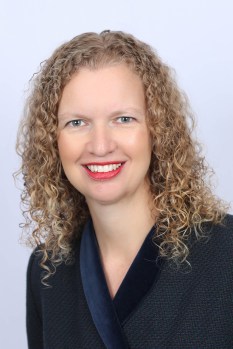 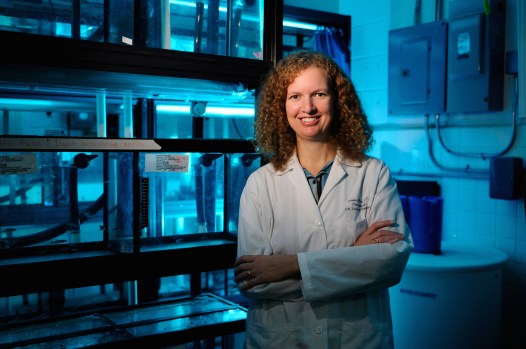 Kristie Willett, winner of the University of Mississippi's 2022 Distinguished Research and Creative Achievement Award, is an international authority in using zebrafish as model organisms to study effects of exposure from pollutants and cannabinoids. Photo by Robert Jordan/Ole Miss Digital Imaging Services 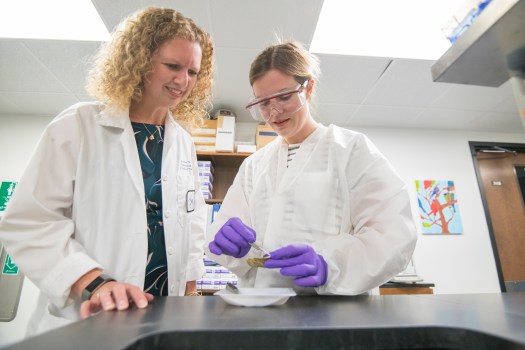 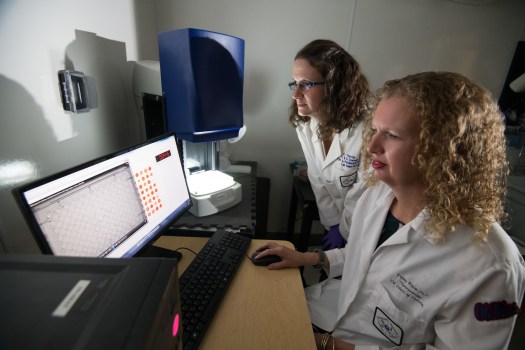 Kristie Willett (right), chair of the Department of BioMolecular Sciences and professor of pharmacology and environmental toxicology at the University of Mississippi, works on a project with Cammi Thornton, an R&D chemist in the department. Photo by Kevin Bain/Ole Miss Digital Imaging Services 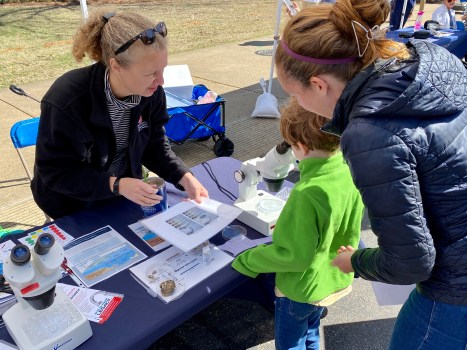 Sometimes parents are the best role models to follow. Kristie Willett may be an example of that.

Lynn B. Willett, now a retired animal science and toxicology professor from Ohio State University, showed his daughter, Kristie, the world of toxicology from a young age. Kristie attended her first Society of Toxicology, or SOT, meeting in 1978, and her first publication was with him when she was in high school in 1989 on the topic of polychlorinated biphenyls metabolism by rumen microorganisms.

But her father didn’t steer her toward a certain toxicology career path, and she wasn’t planning a life around academics. Instead, she was set to enter industry or government.

“When I got to graduate school at Texas A&M in Stephen Safe’s lab, the environment was such that I could pursue my own questions, write my own proposals and that academic freedom associated with the academic track really interested me,” Kristie Willett said.

“Toxicology is such an interdisciplinary field. You need expertise in chemistry, ecology, physiology and policy, so academia really provides those collaborative relationships.”

It’s those partnerships within research, communities and academia where Willett has thrived at the University of Mississippi, and that has earned her the university’s 2022 Distinguished Research and Creative Achievement Award.

The annual honor recognizes a faculty member who has shown outstanding accomplishment in research, scholarship and creative activity.

“It is a huge honor,” said Willett, chair of the Department of BioMolecular Sciences and professor of pharmacology and environmental toxicology at the School of Pharmacy. “My mentor since coming to the university has been Dr. Alice Clark (UM vice chancellor emerita and F.A.P. Barnard distinguished professor emerita of pharmacognosy), and to be included on a list of awardees with her is really neat.

“I will never accomplish all that she did while she was at UM, but it is nice to be recognized in the same way.”

A 1993 chemistry graduate of the University of North Carolina, Willett focused on marine environments while pursuing her doctoral degree at Texas A&M. She then completed postdoctoral fellowships at Indiana University and Duke University, learning about mass spectrometry and polycyclic aromatic hydrocarbons metabolism, respectively.

Willett has since become an international leader in environmental toxicology and an authority in using zebrafish as model organisms to study developmental, reproductive and multigenerational effects of exposure to pollutants and cannabinoids. She was instrumental in working on environmental consequences and policy in the wake of disasters, including Hurricane Katrina and the Deepwater Horizon oil spill.

Together with scientists from the National Center for Natural Product Research, she studies oyster restoration in the face of climate change and environmental stressors.

She is also part of a multidisciplinary team of researchers helping to engage Mississippi communities on the problem of lead in drinking water. This community-based research has her department collaborating with the National Sea Grant Law Center and UM School of Engineering.

Willett’s role in the project is to help test participants’ water samples so they are empowered with the knowledge of how to limit their exposures to the toxic metal.

“I think it is really important to have diverse perspectives on each research project,” Willett said. “The team approach is essential, I believe, to better understanding and, in turn, helping to solve environmental and human health problems.

“My career and my ability to serve as a good mentor has been enriched through my collaborations both at UM and colleagues off campus.”

Willett has received more than $6 million in external funding from a range of sources, including the National Institutes of Health, U.S. Army Engineering Research and Development Center, Mississippi Water Resources Research Institute, and Mississippi Based RESTORE Act Center of Excellence.

She is an active leader in the Society of Environmental Toxicology and Chemistry as well as SOT, and is deputy editor of the society’s journal, Toxicological Sciences. Willett has authored or co-authored more than 80 peer-reviewed publications, four book chapters and is co-editing a book titled “The Toxicology of Fishes.”

“Each year, the selection of the Distinguished Research and Creative Achievement award is a difficult one,” said Josh Gladden, UM vice chancellor for research and sponsored programs. “The university is lucky to have so many faculty creating so much positive impact in our world.

“Dr. Willett has developed an international reputation and truly exemplifies excellence in research, mentorship and service both to her community and her discipline. The university is thrilled to recognize her many accomplishments.”

Willett has mentored the research of nine master’s students, nine Ph.D. students and five postdoctoral trainees, and been a part of numerous students’ committees since joining the BMS faculty, of which she has served as chair since 2017.

Her passion and enthusiasm for teaching and mentoring were recently recognized with the SOT Undergraduate Educator Award. Willett noted that the best way to gain students’ interest is by showing that toxicology is all around them, from why you have to boil water, to why drugs have a certain dosage, to why water bottles say “BPA-free.”

Since joining the Ole Miss faculty in 2000, Willett’s lab has hosted more than 60 undergraduate and high school students conducting independent research. Many of them use the research for their Sally McDonnell Barksdale Honors College thesis, and she was named the college’s 2016 Faculty Member of the Year.

Students also use this work for posters and presentations at conferences as well as being co-authors on some of Willett’s publications.

“I hope that these experiences have provided them with an understanding of the scientific method, confidence in their communication skills, but most importantly, this lifelong curiosity,” Willett said. “I’m hoping that I’m inspiring students to go into this career choice, and by that I’m contributing to the future, which is one of my favorite aspects of my job.”

The award recipient is selected from a competitive pool of nominees by the most recent 10 award winners.

For Donna Strum, UM pharmacy dean, these recognitions show the caliber of research and education coming from the school and its research enterprises.

“I am thrilled for Dr. Willett, as her enthusiasm for environmental toxicology and exemplary efforts around scholarship, research and mentorship deserves to be recognized,” Strum said. “She is collaborative and works continuously to advance science for the purpose of improving communities in the state and across the nation.

“We are fortunate at the School of Pharmacy to have amazing faculty and scientists who are dedicated to their disciplines like Dr. Willett.”

As much as she is committed to her work in the lab and classroom, Willett is just as dedicated to her home life. Willett and her husband, Jason Ritchie, a UM chemistry professor, try to keep up with their kids’ activities and attend many Ole Miss sporting events as a family.

While her father provided a strong toxicology role model, Willett is clearly doing the same for her daughter Alex, 15, and son Cody, 10. However, their current career plans lean toward environmental engineering and professional baseball player, respectively.

“They are still young though so there is lots of time for them to change their minds,” Willett said.