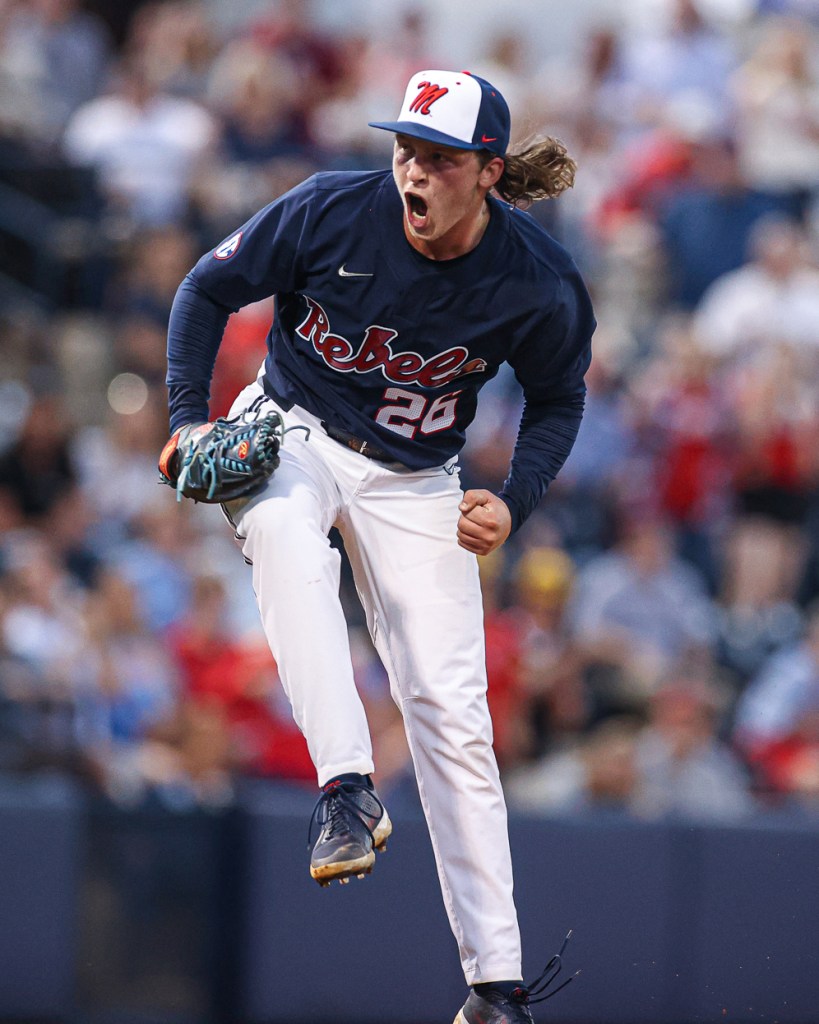 Ole Miss pitcher Hunter Elliott celebrates after a strikeout in the Rebels' 10-7 loss to Mississippi State on Fri, Apr. 22, 2022. (Elliot was named SEC Co-Freshman of the Week after tossing nine strikeouts in seven innings in a win over Missouri on Saturday. Josh McCoy/Ole Miss Athletics)

BIRGMINGHAM, ALA. — Ole Miss freshman Hunter Elliott was named Co-Freshman of the Week by the Southeastern Conference this week after posting a career-high seven innings pitched in a win over Missouri on Saturday.

The freshman lefty gave up just one run on four hits in seven innings of work on the mound as he put together the most dominant performance of his collegiate career. He tied a career-high with nine strikeouts in the outing, four of which came in the first two innings.

The Tupelo, Miss. native began the year as a reliever for head coach Mike Bianco’s squad, but quickly earned a job in the starting rotation as the Rebels struggled to find consistency on the mound early in conference play.

Elliott had never thrown more than 4.1 innings in a single outing before notching at least six innings in back-to-back starts against Arkansas and Missouri. He struck out eight batters in six innings in a 6-3 loss to the Razorbacks on Apr. 30 before his career performance against the Tigers, catching fire late in the season as the Rebels make a last-ditch run at the postseason.

Ole Miss (27-19, 10-14 SEC) travels to Hattiesburg on Wednesday for a midweek matchup with Southern Miss before heading down to Baton Rouge for a weekend series with LSU.