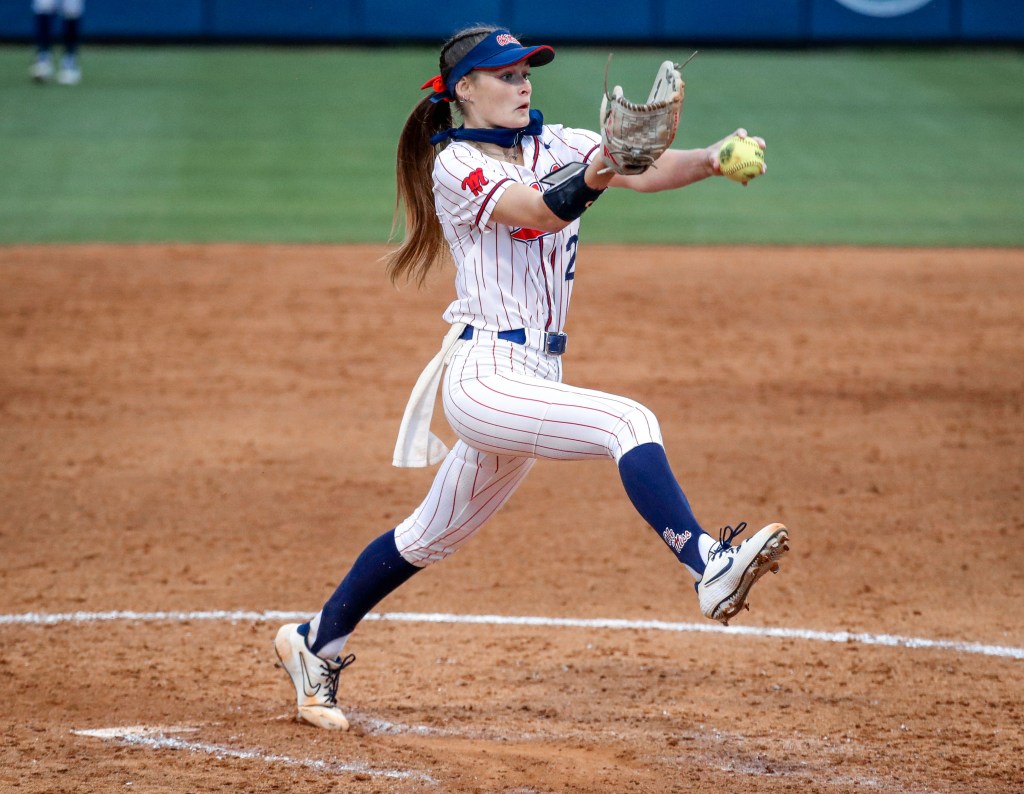 Ole Miss lefty Anna Borgen delivers a pitch in the Rebels' 4-2 win over Georgia on Sunday, May 8, 2022. (Ole Miss Athletics)

GAINESVILLE, FLA. — Ole Miss softball is on a roll.

They cracked the D1Softball Top 25 this week for the first time this season, but now face an uphill battle in the SEC tournament.

Head coach Jamie Trachsel’s squad enters the tournament as the No. 9 seed, and will face Georgia in the first round on Wednesday.

The Bulldogs boast one of the most prolific offenses in the SEC, posting a .325 batting average as a team during the regular season as they overwhelmed opponents to the tune of 6.9 runs per contest. They finished first in the conference in runs (382), hits (462), home runs (100), RBIs (356) and total bases (857), beating the cover off the ball nearly every time they stepped to the plate.

Their weakness lies in their pitching staff, which posted the second-highest team ERA in the SEC at 3.94. The Bulldogs surrendered 54 home runs as a staff, and also issued a conference-high 196 walks during the regular season.

Ole Miss fell to Georgia in the first game of their regular-season closing series on May 6 before back-ending the series with a 10-8 win on Saturday and a 4-2 victory on Sunday. The Rebels will need excellent pitching and timely hits in order to reach the quarterfinals for the third time since 2017.