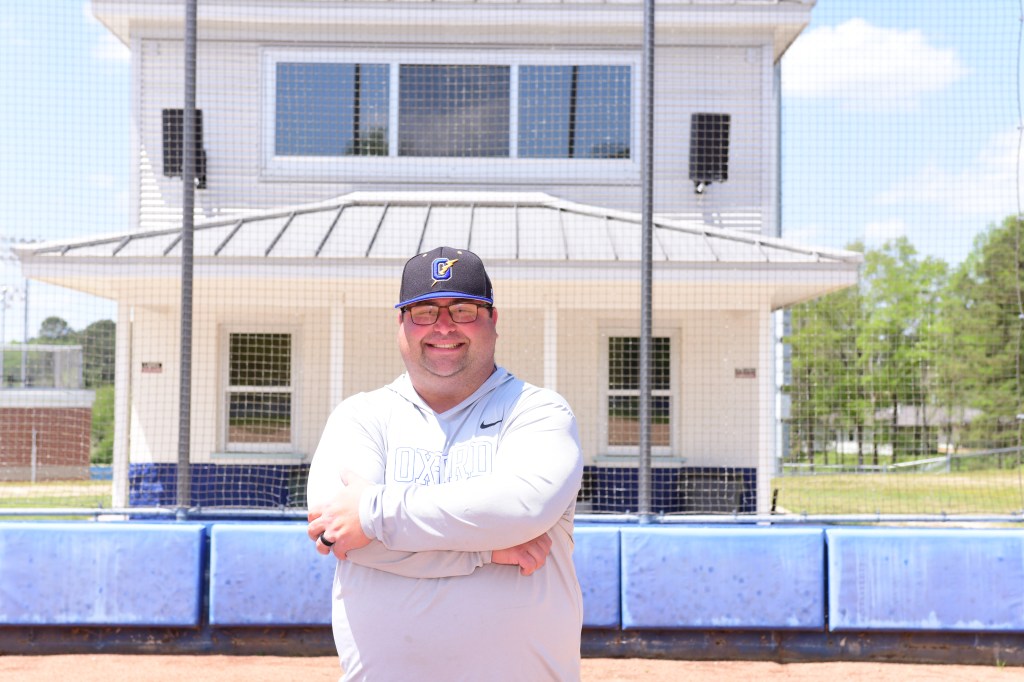 Oxford Softball head coach Kyle Long will depart from the program at the end of the school year to take a position closer to his family at Greene County High School. (Joey Brent)

Long, who spent 12 seasons at East Central before taking the job at Oxford, spent a year apart from his wife and daughter to come coach the Chargers, and is now eager to start at a new position where he can be closer to his family.

“My wife and my daughter stayed back home on the coast and it’s just been a tough year,” Long said. “We had plans for them to come up here and it just didn’t work out. So I’m gonna be going back south, back home for me.”

Long made an immediate impact in his first and only season at Oxford, guiding the Chargers to the first district championship in program history before falling to Germantown in the second round of the MHSAA Class 6A playoffs.

“[I enjoyed] getting to know our girls here,” said Long. “When you go somewhere wins and losses are a big deal and what you teach is a big deal but those relationships that you make—those last longer than anything else.”

“The softball program has excelled under Coach Long and we wish him well as he moves closer to family,” said Oxford co-activities coordinator Tabitha Beard. “I feel very confident that he is leaving this growing program in good hands.”

He says leaving Oxford is difficult, but added that he is looking forward to meeting this new challenge head-on.

“I feel like we had a really successful year and it was a lot of fun. Sometimes it’s not fun to move on but I feel like this is the right path for me to take right now. I’m just looking forward to getting down there and getting to work,” he said.

Walls served as an assistant on DeSoto Central head coach Ashley Ford’s staff last year after spending the previous eight seasons as an assistant for the Jaguars’ baseball team. His hiring was made official on Monday afternoon at a specially-called meeting of the Oxford School District Board of Trustees.

Walls takes over a program on the rise that features a loaded roster full of young talent. The school hopes he will be able to build on the foundation established by previous coaches and guide the Chargers past the second round of the playoffs for the first time in school history.

“We are excited about the passion and enthusiasm that Coach Walls brings to Oxford as well as his desire to continue Coach Beard and Coach Long’s efforts in building our softball program into one of the best in the state both on and off the field,” said Oxford co-activities coordinator Chris Baughman.