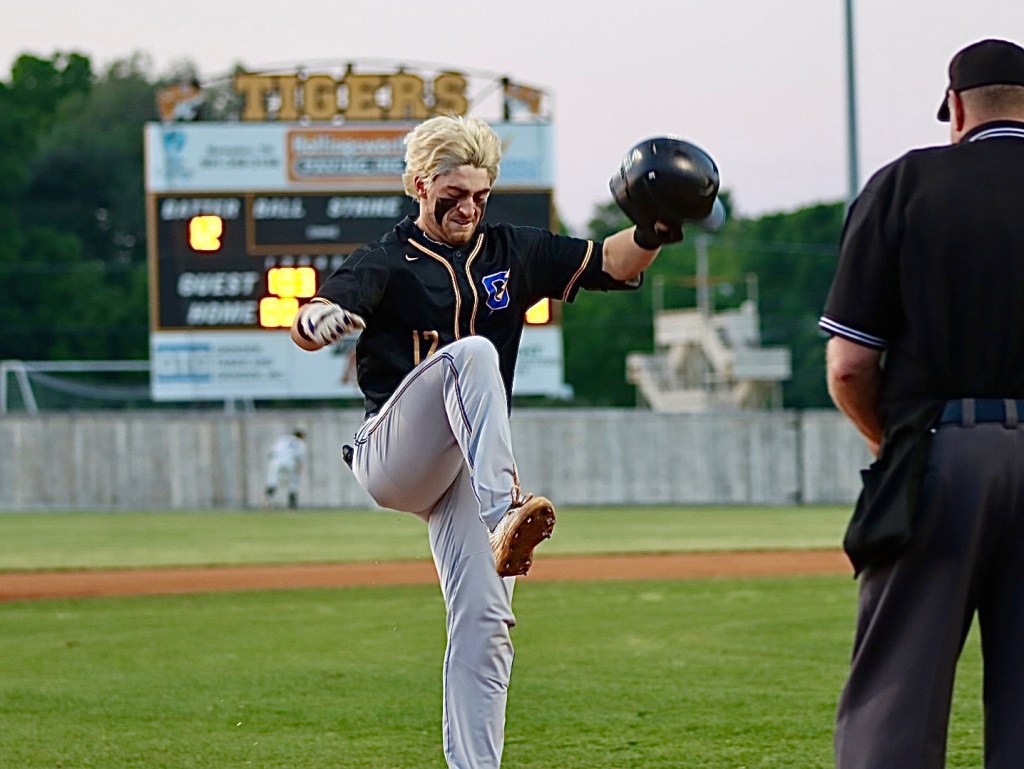 Oxford's Ben Goubeaux emphatically steps on home plate after a two-run homer in the third inning of the Chargers' 10-3 win over Hernando in the quarterfinals of the MHSAA Class 6A playoffs on Sat., May 7, 2022. (Angel Smith)

OXFORD, MISS. — Friday night’s game one of the MHSAA Class 6A North Half championship between Oxford and DeSoto Central has been postponed to Saturday due to inclement field conditions.

The series was originally scheduled to be played Friday, Saturday and Monday, but game one of the series was postponed Friday evening due to rain and severe thunderstorms in the area.

Oxford reached the North Half championship after knocking off Hernando in two games last weekend, setting up a rematch of the 2018 North Half finals in which the Jaguars swept the Chargers in two games.