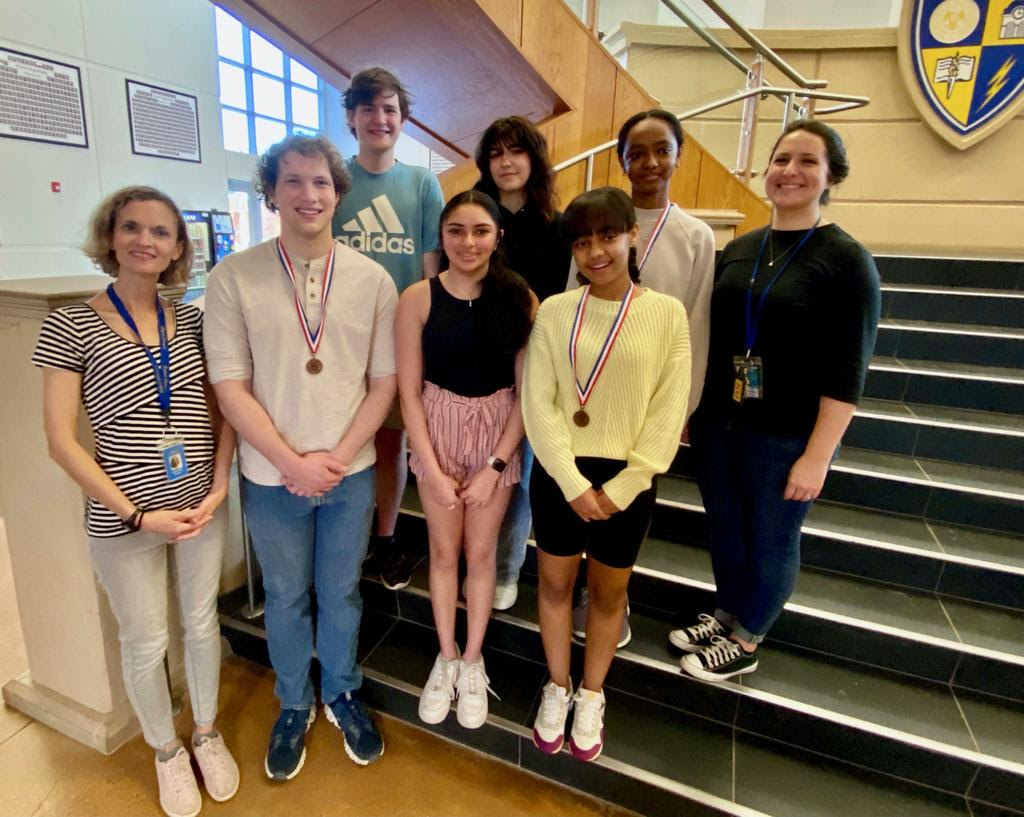 The Grand Concours is a national competition put on by the American Association of Teachers of French (AATF), and evaluates students on their listening and reading comprehension skills in the French language.

The following students participated in the contest in levels 1 through 4:
French 1: Ruth Beyene, Syna Gandhi
French 2: Phillip Buffington
French 3: Noah Amidon, Fikir Beyene, Alfredo Martinez-Perez
French 4: Gates Allen, Lauren Best, Thomas Dyminski, Luis Rodriguez, Darlin Saenz
Oxford student Carolina Cassisa, who now attends the Mississippi School for the Arts (MSA), received the Platinum Award, the highest award possible for her score. Because MSA does not offer French in their curriculum, OHS French teacher Chelsea Winnick provides her with the resources and guidance to study the content and linguistic structures of French 3.
According to AATF, “A Platinum winner is the highest award in the Le Grand Concours – this student earned the top score in the nation in the level/division.
The award includes a platinum medal, a plaque for the student, and a Lauréat national certificate.