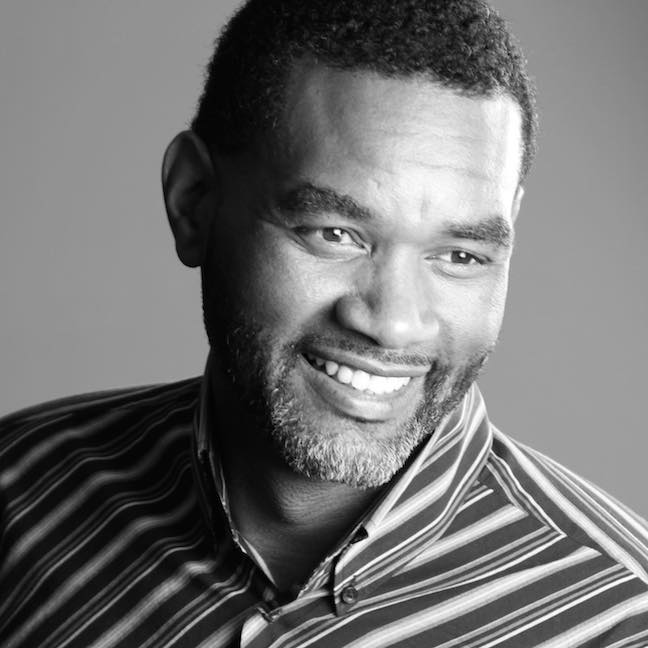 Antonio Tarrell is creating stronger connections in the business world through his experiment with Heartland Forward and Builders & Backers’ Idea Accelerator Program.

The entrepreneur is using his knowledge and experience in business-owning and filmmaking to help professionals be more accessible to a wider audience.

From the beginning, it seemed Tarrell had a grasp on what his future would be. He started a business in hairdressing and cosmetology early in his childhood and that business would soon grow and expand for the next 30 years.

“I was a self-taught barber. I started cutting around 10 years old and became good at it,” Tarrell said. “My grandmother opened up a little place behind the house and I opened up my first unofficial barbershop around 11 years old.”

Though he initially wanted to go to barber school, Tarrell was convinced to go into cosmetology instead due to the availability of the classes.

“I knew I had the disadvantage because I didn’t know anything about cutting women’s hair,” he said. “So I worked extremely hard … If I knew how to cut hair really well then everything else would fall in place.”

It may not have been the direction he thought to go in, Tarrell has built himself a name and brand in the cosmetology industry. Working his way up from an employee at a beauty salon to traveling and teaching for hair shows and finally into owning his own business with a patented curving comb and signature line of cutting shears.

As he worked behind the chair for years and traveled, the businessman committed himself to earn a film degree for 40 hours a week through Full Sail University.

“It had been like 20-something years since I had gone to school,” Tarrell said. “It was the first time going to college and the whole nine yards.”

But his unfamiliarity did not stop Tarrell from finishing at the top of his class and becoming a renowned filmmaker that contributed to productions such as contributions to Unspeakable Crime: The Killing of Jessica Chambers (2017-18) for Oxygen TV, Stories Under the Rainbow (2018), and LGBTQ+ Community Fights for Parade After City Tries to Ban Pride (2018) for NowThis News and many more.

After years of learning and perfecting his craft, that drive and determination are now being funneled into helping others achieve their goals. Tarrell is seeking to make businesses more accessible to their customers or clients.

“Because of COVID, a lot of people had to come up with creative ways to get content out there for their business, for churches or organizations,” said Tarrell. “I wanted to help them create live broadcast using a multi-camera production system.”

Limitations brought about by the virus created a need that many entrepreneurs and business owners had to learn how to address.

“For the beauty industry, it was to help them stay connected with their customers, share product knowledge and try to monetize through hands-on education and one-on-one education with hairstylists and barbers,” he said. “For organizations, it can help them stay engaged with the community and the audience and to put out information.”

The positives of social media and digital marketing is that you can reach anyone you might have never come in contact with face-to-face.

Professionals in need of Tarrell’s services can either hire him to come in and create whatever content they need or he can teach them how to film, edit and produce their own content.

To Tarrell, executing an idea like this without the help of Builders & Backers would have been extremely difficult, but having access to resources and funding through the program has helped tremendously. Participants in the Idea Accelerator Program are issued $5,000 in Pebble Grant Funds for their experiment along with workshops and a network to tap into.

“They give you enough resources in the program — and I mean a ton of resources,” he said. “It’s a little demanding … but at the same time I get it because they are preparing you to be successful within a short period of time.”

Tarrell has not put his idea to the test just yet, but he’s hoping to hit the ground running very soon.

“I got a guy coming in from Atlanta, we’re going to set up a multi-camera production set up and we’re going to stream live on Facebook, Instagram and Vimeo,” Tarrell said.

The videos and streams will center around the education of hairstyling and cutting techniques, he said. The content will serve as a model for other businesses and organizations that may be interested in what Tarrell has to offer.

To learn more about Antonio Tarrell, visit his website at www.AntonioTarrellFilms.com or his Facebook page at www.facebook.com/AntonioTarrell.

Game one of North Half championship postponed due to…