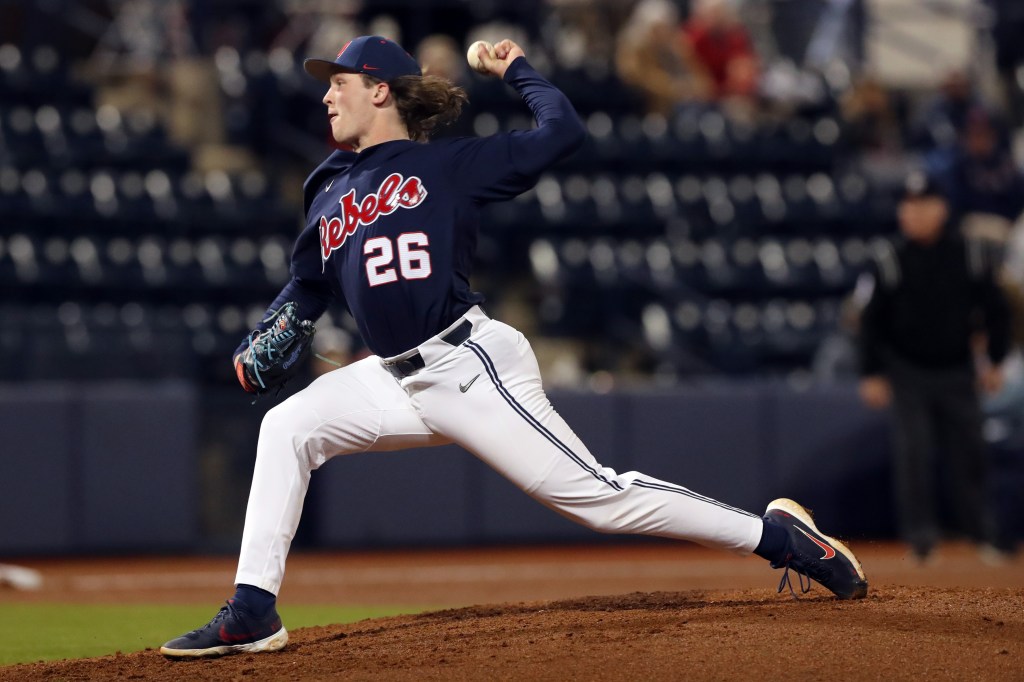 Ole Miss pitcher Hunter Elliot was named the Southeastern Conference Co-Freshman of the Week for the second straight week on Monday after giving up one run in 6.2 innings in a win over LSU in the second half of Saturday’s doubleheader.

The Tupelo native won his second consecutive start after throwing seven innings in a win over Missouri last week. He tied a career-high with nine strikeouts against LSU on Saturday as the Rebels swept the Tigers in Baton Rouge for the first time in program history. His nine strikeouts also match the most recorded by an Ole Miss pitcher in a single game this season.

Ole Miss hosts No. 10 Texas A&M this weekend in their final series of the regular season. The Rebels jumped all the way up to No. 38 in the RPI rankings after sweeping LSU last weekend, and will now look to improve their SEC tournament seeding against a red-hot Aggies team fresh off a sweep of Mississippi State.