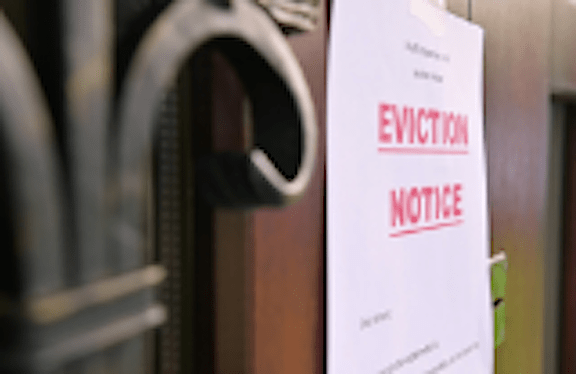 Mississippi has revised its landlord-tenant law to give renters time to gather their belongings from a home before being forced to leave after a federal judge ruled that the previous law was unconstitutional.

U.S. District Judge Michael P. Mills wrote in his Nov. 30 order that the old Mississippi law was “unpredictable and absurd,” saying it went farther than eviction laws in any other state. He wrote that it violated an occupant’s right to due process.

The new law gives a tenant seven days to gather belongings and vacate a home after an eviction notice. An exception is made for emergencies.

If the occupant does not leave during the initial order, a judge could issue a separate one authorizing law enforcement to remove a tenant. That would give the person another 72 hours to gather their belongings.

The previous law allowed landlords to immediately seize and dispose of a delinquent occupant’s personal property.
The impetus for his order was a lawsuit by Samantha Conner, a Columbus woman who sued her landlord after he took nearly everything she owned when she was evicted in 2019.

Conner said her landlord changed the locks on her apartment and refused to let her take her belongings, including her computer and hard drive she needed while working as a paralegal, keepsakes from when her son was a baby, family photographs and personal records.

The landlord eventually sold, donated or threw away Conner’s possessions, according to legal documents. Mills called that “an act of pure mean-spiritedness and spite” and wrote that the actions were “encouraged by Mississippi eviction statutes, which engage in the legal fiction that a plaintiff who fails to timely vacate her apartment, as required by an eviction order, has irrevocably ‘abandoned’ her property.”

Mills paused his order from taking effect to give legislators a chance to offer tenants more protections.

“In that case, the landlord was not representative of all landlords,” said Senate Judiciary A Chairman Brice Wiggins, a Republican from Pascagoula. “But what he did was violate the Constitution. So we needed to fix it.”
Conner’s case seeking damages from the landlord is still pending.

Mills, a former state legislator, wrote in April: “While this court had hoped that the Legislature would act more quickly than it did, it is pleased that it did, eventually, enact legislation which, upon first reading, appears to represent a substantial improvement over the statutes which it declared unconstitutional.”