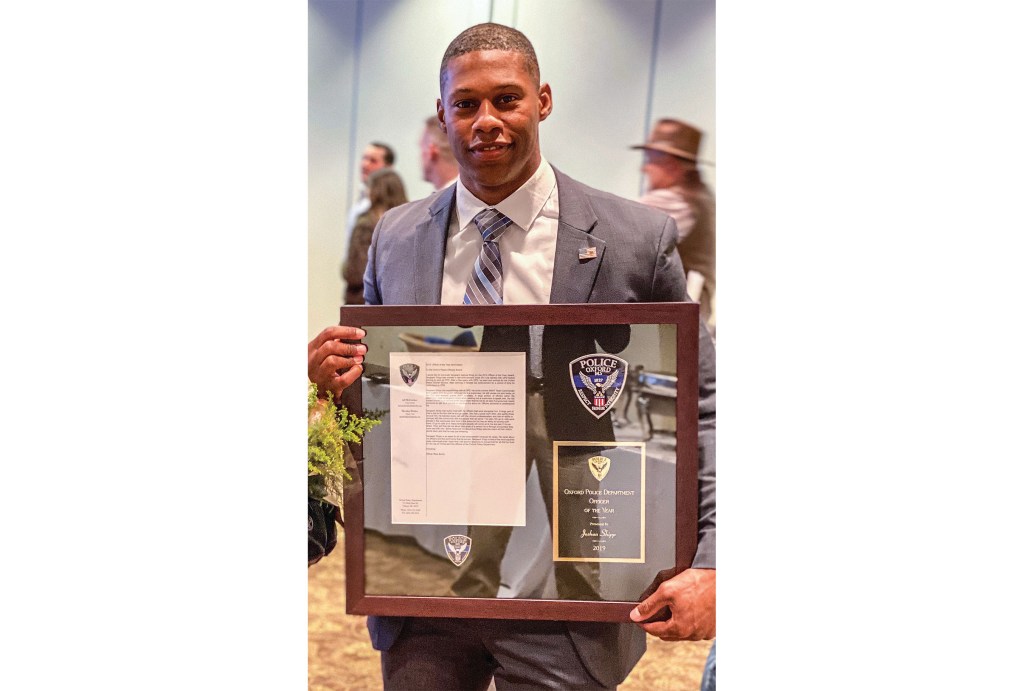 A former Oxford Police patrol shift lieutenant and officer of the year will be the new assistant chief of the Capitol Police in Jackson.

Joshua Shipp served as a patrol shift lieutenant and has led the SWAT team for several years in the Oxford Police Department. He was named 2020 Officer of the Year and was cited to have honesty, integrity, a good work ethic and a good attitude by OPD Chief Jeff McCutchen.

“Josh has done an incredible job,” said McCutchen. “He started with UPD and transferred over to us. It was evident from then on that he had a bright future.”

Shipp previously worked for the U.S. Secret Service in Washington, providing protection for the White House Complex and vice president’s home. He holds a master’s degree in criminal justice from the University of Mississippi.

He was named to the position in Jackson this week.

“Once you meet [Shipp], you know that he’s very bright,” McCutchen said. “His professionalism is awesome but he’s a good man and a good father. He’s exactly what you want in a community servant. They made a great selection.”

Gov. Tate Reeves and Department of Public Safety Commissioner Sean Tindell on Wednesday announced the hiring of new employees at the Mississippi Bureau of Investigation and state Capitol Police.

Charles Haynes will lead MBI. According to a news release from the governor’s office, Haynes has worked at the Department of Public Safety more than a decade. He also has served more than 15 years as a Mississippi Highway Patrol trooper and previously was an officer with the Brandon Police Department. He holds a master’s degree in leadership from Belhaven University and is a graduate of the FBI National Academy at Quantico.

Capitol Police officers patrol state office buildings and other parts of the capital city of Jackson.

Bo Luckey has been hired as chief of Capitol Police. He has spent the last decade as a senior criminal investigator in the Mississippi Attorney General’s office. He has also served in the Brandon Police Department, Rankin County Sheriff’s Department, U.S. Department of Homeland Security and the Drug Enforcement Administration. He has a law degree from Mississippi College.