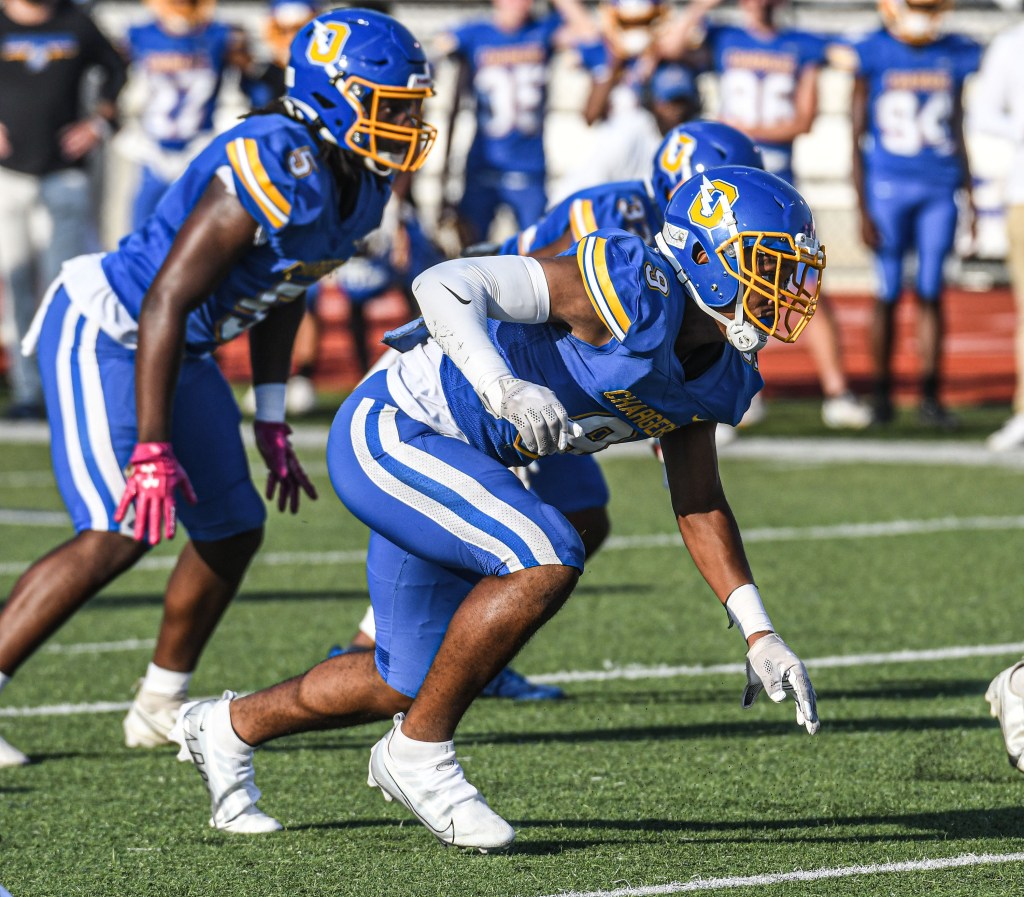 Oxford's Malaki Pegues lines up against Southaven in the Chargers' Spring Game at Bobby Holcomb Field in Oxford, Miss., on Thursday, May 19, 2022. (©Bruce Newman)

OXFORD, Miss. — Oxford football is hungry for another state title.

The Chargers lost to Madison Central in the second round of the MHSAA Class 6A playoffs last year, their first in Region 2-6A.

Now they look to get their revenge and reach the mountaintop once again behind a high-flying offense and a stout defense that figures to be one of the most improved units in the state.

Last season the Chargers gave up 28 points or more in half of their 12 contests as they struggled to defend the line of scrimmage against relentless rushing attacks.

That weakness was an area of emphasis for Oxford, who controlled the line of scrimmage against Southaven and got into the backfield on nearly every play.

Rising senior Malaki Pegues was a force on the defensive line throughout the game, eating up double-teams and getting into the backfield on nearly every play.

“Our defensive line was getting there really fast—they were opening up holes so I could just run through them and make a play,” said Blackmon.

Oxford’s defense struggled at times last year due youth and inexperience, but the Chargers are eager to prove themselves in 2022 with another year of 6A ball under their belt.