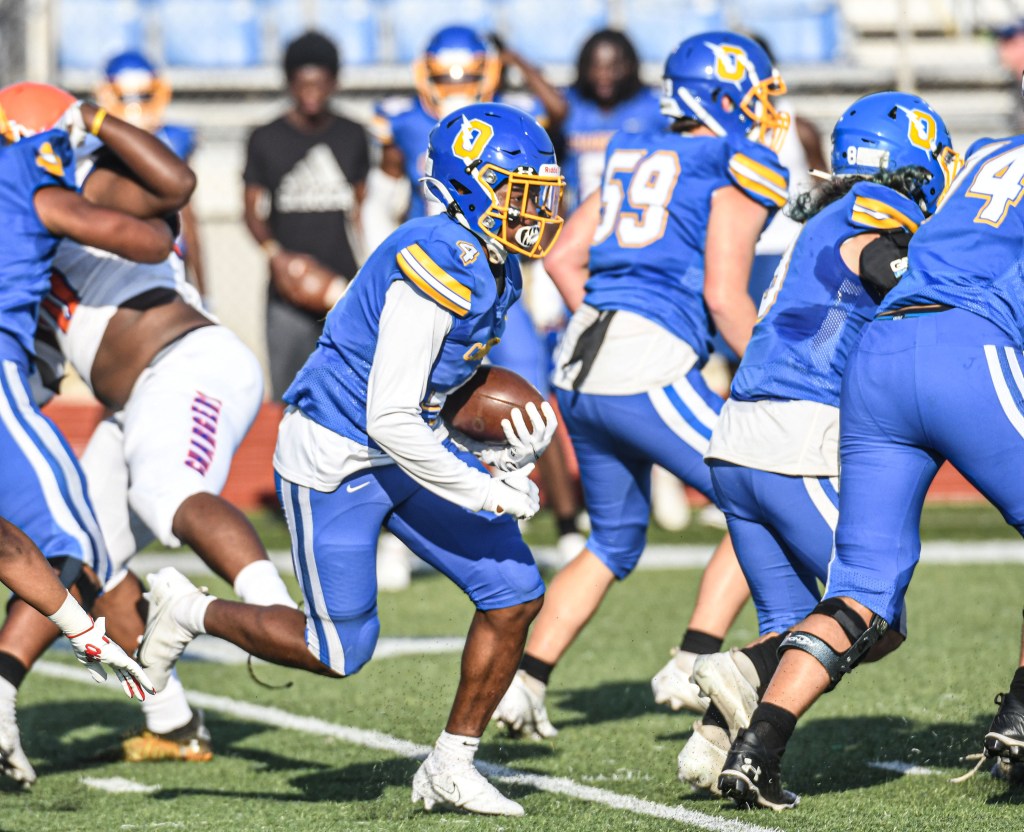 Oxford's Roman Gregory looks for a hole in the Chargers' Spring Game loss to Southaven at Bobby Holcomb Field in Oxford, Miss., Thursday, May 19, 2022. (©Bruce Newman)

OXFORD, Miss. — Oxford football is going to be fun to watch.

The Chargers unveiled their new-look, hurry-up offense led by Heritage Academy transfer Mack Howard in a 19-14 loss to Southaven in their 2022 Spring Game, averaging less than six seconds between plays as they raced to their spots and snapped the ball before the defense could even get lined up.

They combined that speed with plenty of screens, slants, zone reads and other quick-hitters that got their playmakers in open space and allowed them to break free for huge gains.

Howard and rising senior Roman Gregory combine for arguably the best quarterback-running back duo in the state, blending next-level arm talent at the quarterback position with blinding speed and elusiveness at running back.

Their weakness lies with the wide receiver corps, which struggled with drops last season but showed flashes of big-play ability in Thursday’s exhibition loss.

Wideout Zae Lewis appears to have established himself as an early favorite for Howard, who connected with the rising junior on an eight-yard touchdown pass for the first score of the day.

Senior Vincent Logan also came up with some big plays in Thursday’s exhibition, showcasing his improved route-running and hands on an 18-yard score late in the second quarter that put Oxford up 14-0.

As long as the offensive line holds up and receivers make the plays they should, the Chargers will have the greatest show on turf in 2022.