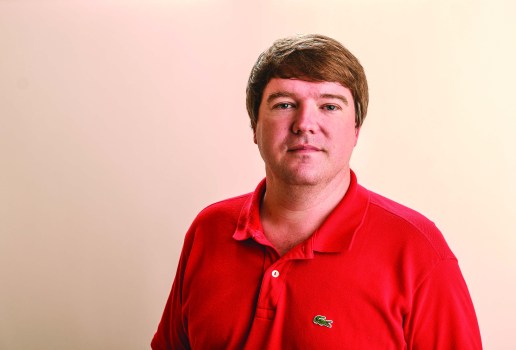 Hunt Marketing is making huge strides in the marketing industry, pushing it into the spotlight.

The integrated marketing firm provides digital, social, traditional and video advertising as well as branding and community engagement services to its clients.

Though the firm may be smaller than most, it is taking on big accounts like Wade Incorporated, Sonic BBWI, Cannon Motors and John Deere dealers Sydenstricker Nobbe Partners, 21st Century Equipment and Ag-Pro, the largest John Deere dealer in the nation.

Founder, CEO and President Will Hunt began what would become Hunt Marketing with his wife Beth in Washington D.C. but the business would not be fully realized until the two moved back to Oxford.

Back at the U.S. Capitol, Hunt worked in marketing and federal government lobbying but he soon realized that lobbying wasn’t working in Oxford, so he pivoted into something familiar: marketing.

Hunt said it was through local organizations and the community that they were able to make a successful transition.

“We’ve been fortunate to work with the Chamber, the Economic Development Foundation, the Oxford Square Alliance, Ole Miss Athletics and [have] been involved with United Way and Rotary,” he said. “We’ve worked with a lot of local organizations that are the heartbeat of this community.”

The business was heavily Oxford-based in the beginning but as its connections, so did the clients it took on.

Hunt Marketing had to move from the Square to its second home on Office Park Drive to accommodate the team’s growth as well. Hunt said they have hired “great talent” through the years.

“We have a great team here and that has been built over the last 13 years,” he said, “but primarily [in] the last six years, we’ve really grown the team.”

Hunt’s Senior Marketing Executive Caitlyn Ross was recently awarded National Agri-Marketing Association’s Next Gen award for her outstanding professionalism and potential in the agri-marketing industry, showcasing the talent Hunt has onboard its team. Ross was one of three honorees nationwide to receive this honor.

The entire firm received some accolades recently. Hunt Marketing was awarded Silver at the American Advertising Awards for its “You’ve Got the Power” TV spot as a part of a larger campaign for John Deere dealer Sunshine Quality Solutions.

The marketing agency’s “Dreaming of Green” billboard won first place in the billboard category at 2022 Regional Best of NAMA Award.

“We’ve built, I’m proud to say, an award-winning team,” Hunt said. To the firm’s President, 20 years ago what his business is doing would not be possible. However, now they have the connections, relationships and resources to build something for their clients.

“We want to find opportunities,” said Hunt. “We cast a vision that everybody’s bought into and wants to pursue and doing that from here and doing it from Oxford is just a proud moment.”