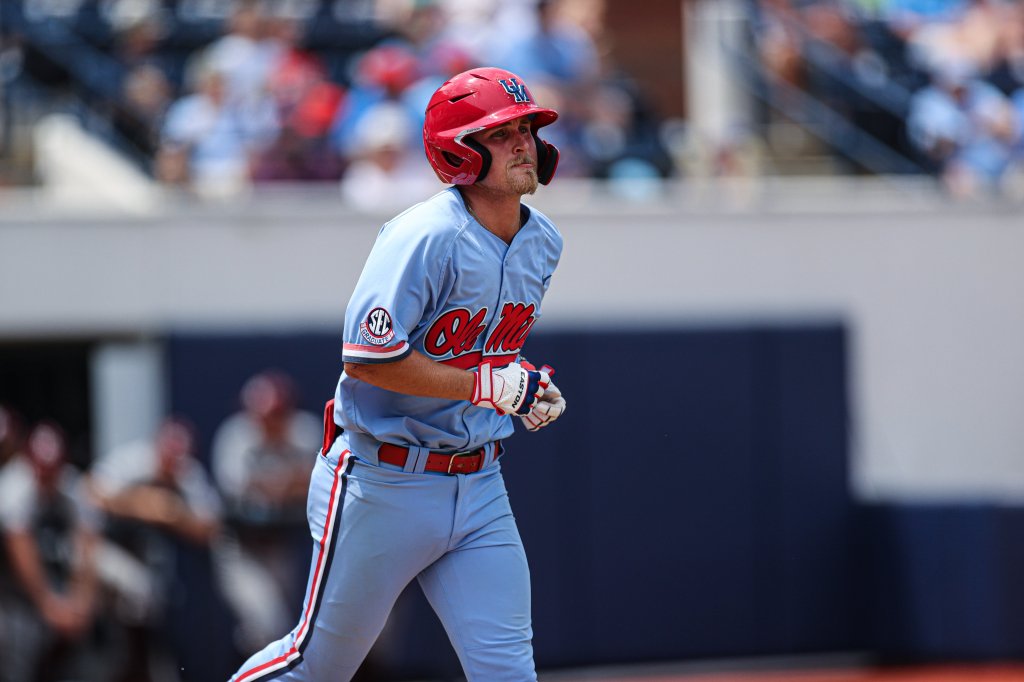 OXFORD, Miss. — Drew McDaniel was a strike away from getting out of the inning unscathed.

The Ole Miss righty had just struck out the first batter he faced after inheriting two runners in scoring position from starter Derek Diamond, and was now a pitch away from getting out of the jam to preserve a 5-2 lead.

That’s when the wheels came off.

First McDaniel left a belt-high fastball over the middle of the plate that was crushed over the wall in dead center for a three-run home run, tying the game at 5-5 after the Rebels had scored four in the third to take their first lead of the afternoon.

He followed that up by surrendering a single and a pair of two-out walks to load the bases for Texas A&M right fielder Brett Minnich.

The Texas A&M right fielder had hit just six home runs on the season before blasting a high drive into the visitor’s bullpen in left for a grand slam that put the Aggies up 9-5.

The home supporters let out a collective groan as the ball left the stadium, vocalizing their disapproval as the bullpen imploded once again.

Ole Miss never recovered from the momentous blow as the Aggies cruised to a 12-5 victory to claim the series.

“Obviously the fourth inning today—seven runs—it’s hard to overcome that,” said head coach Mike Bianco. “I think that’s what this weekend came down to—two of the three games we just didn’t pitch it well enough to win this type of series against that type of team.”

They now turn their attention to next week’s SEC tournament, where they enter as the No. 9 seed after finishing in a three-way tie for seventh with Georgia and No. 21 Vanderbilt. They will face off with the Commodores in the first round of the tournament on Tuesday at 4:30 p.m. at Hoover Metropolitan Stadium in Hoover, Ala.