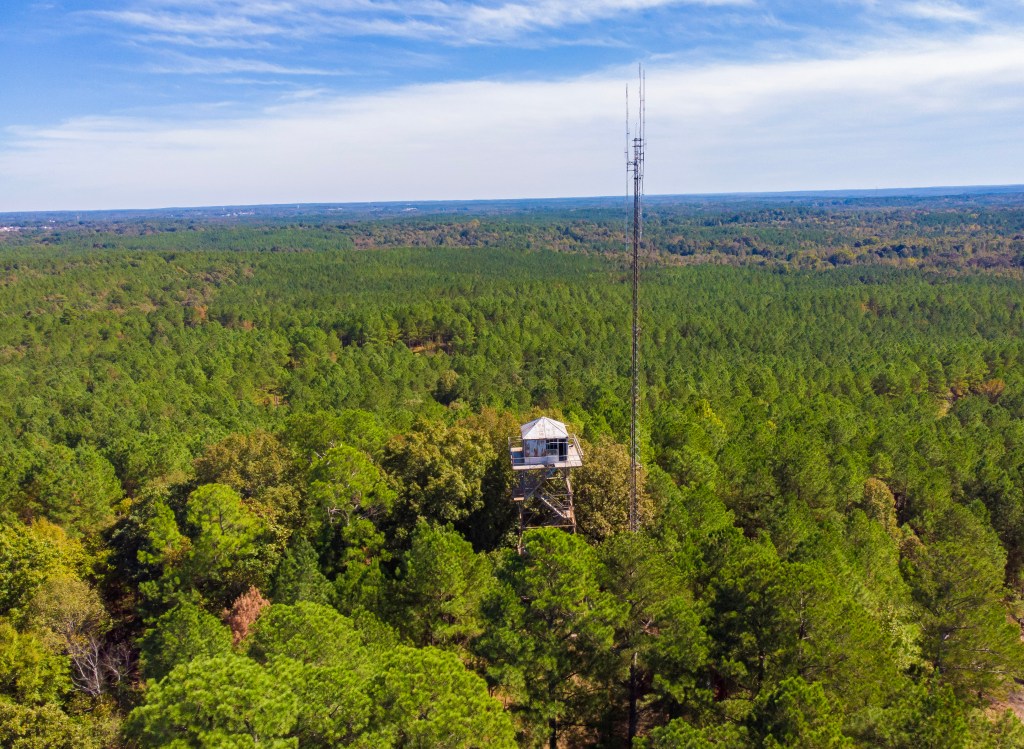 The Lafayette County Board of Supervisors voted to accept a bid for the removal of the Thacker Mountain fire tower on Monday. (Matthew Nichols)

OXFORD, Miss. — The Thacker Mountain Fire Tower will be coming down sooner rather than later.

The Lafayette County Board of Supervisors began seeking bids for the demolition of the tower last month, but county commissioner Lisa Carwyle said at last week’s regular board meeting that the county only received one bid for just under $18,000.

The board voted to reject the bid and re-advertise in hopes that other companies come forth with better offers.

Board President Mike Roberts joked that he was happy to see the tower’s life extended, but also recognized that it poses serious safety concerns for local residents.

“I understand from liability purposes there is really no way to police it or monitor it in an effective way so the board is trying to be diligent in trying to preserve safety,” Roberts said.

“Another tower has been built beside it that holds those transmitters now,” Quarles said. “It won’t effect our emergency response.”