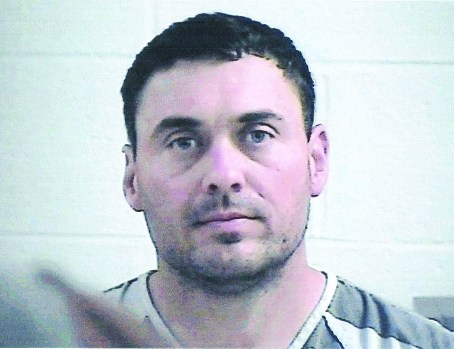 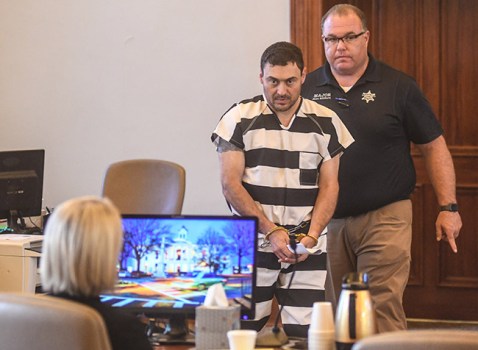 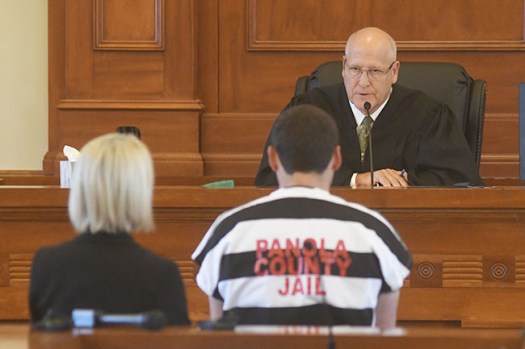 Circuit court judge Andrew K. Howorth speaks to Oxford, Miss. police officer Matt Kinne, right, who has been charged with murder in the death of Dominique Clayton, and his attorney Tiffany Kilpatrick during a hearing at the Lafayette County Courthouse in Oxford, Miss. on Wednesday, May 22, 2019. On Thursday, May 23, 2019 Howorth entered an order recusing himself from the case. (Bruce Newman, Oxford Eagle via AP) 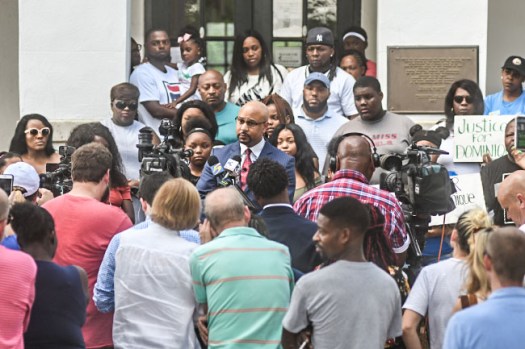 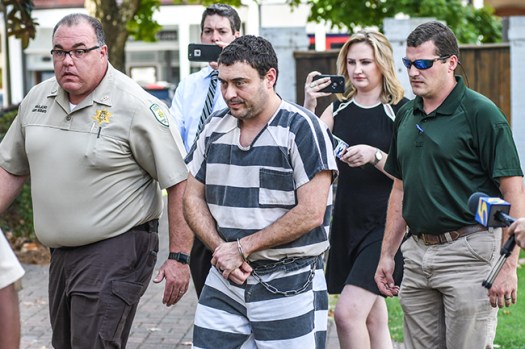 A former Oxford police officer, Matthew Kinne, who shot and killed a sleeping woman should pay her four children a quarter-million dollars each for pain and suffering and a total of more than $300,000 to cover therapy, their aunt said in a lawsuit.

Kinne was in uniform and on duty when he shot Dominique Clayton in the head during what he claimed was a welfare check in 2019, according to the suit. It also said Kinne was married and Clayton wanted his full commitment.

Kinne is serving a life sentence after pleading guilty to capital murder.

A hearing is scheduled Thursday in federal district court to decide how much Kinne must pay Clayton’s children, now 11 to 17 years old, court records show. The decision in Kinne’s case will not affect claims against the city of Oxford and other defendants, Senior Judge Glen H. Davidson has written.

Davidson ordered payment from Kinne after he failed to respond to the lawsuit.

A statement filed Monday by Clayton’s sister, Shyjuan Clayton, said the youngest child, a boy then 8 years old, found the body. His brother, then about 15, went to help and kept their two sisters from seeing their mother’s body, it said.

All four routinely have nightmares, and the girls are seeing a therapist twice a week, Shyjuan Clayton wrote. The boys have not sought therapy but should get it, she wrote.

The affidavit also seeks $200,000 to cover money that Dominique Clayton, who made $30,000 a year at a Chipotle’s restaurant, would have spent on her children over 10 years.

It is not known if the Clayton family plans to present any other evidence or live testimony during the hearing, the newspaper reported. The family’s lead attorney, Carlos Moore of Grenada — president of the National Bar Association — will be in Italy for a bar association international affiliates’ meeting. He tried unsuccessfully to get the federal court hearing delayed, the newspaper reported.