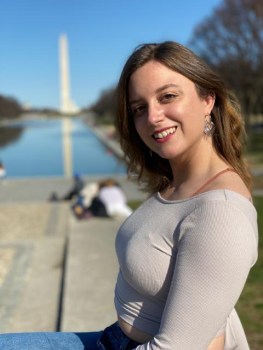 Tyler Caple, a 202 UM graduate, plans to use her Fulbright International Master's Program in International Studies at National Chengchi University in Taiwan to continue her study of social movements in authoritarian countries. Submitted photo 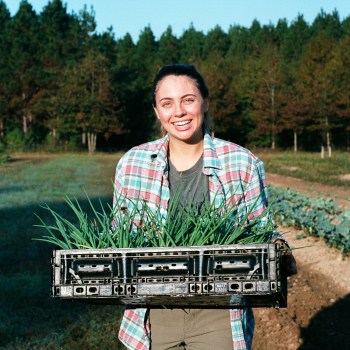 Neely Griggs, a 2021 UM graduate, is the inaugural recipient of a Fulbright award dedicated to food security at the University of Reading in England. Submitted photo 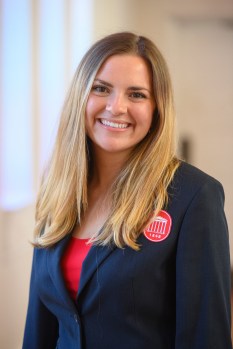 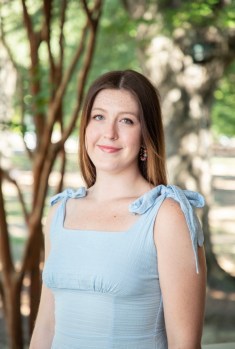 Kaitlyn Read, a 2022 UM graduate, has been awarded a Fulbright English Teaching Assistantship. She plans to spend a year in South Korea, where she will teach at an elementary school. Submitted photo 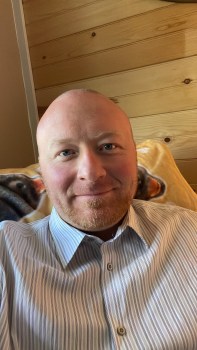 Charles Savage, a UM doctoral student in history, plans to use his Fulbright Research Award to spend a year in Brazil to complete his research. Submitted photo 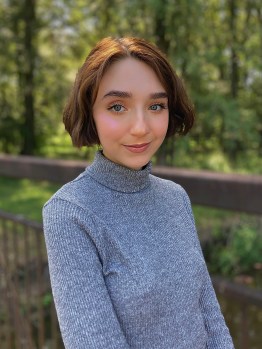 Kaitlyn Sisco, a 2022 UM graduate, has been selected as an alternate for the Fulbright Global and International Studies Master's program at the University of Salamanca in Spain. Submitted photo 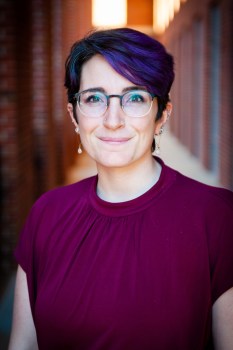 Ashleen Williams, a UM doctoral student in history and recipient of a Fulbright Research Award, is studying nationalism and ideas of citizenship in Kuwait and Bahrain during the 1920s and '30s. Submitted photo

In a first for the University of Mississippi, six current or former students have been awarded prestigious Fulbright scholarships for the 2022-23 academic year, which will take them to new challenges and opportunities in countries around the world.

Established in 1946, the Fulbright U.S. Student Program is the U.S. government’s flagship international educational exchange program, designed to increase mutual understanding between the people of the United States and other countries. The highly selective program chooses university seniors, graduate and terminal degree students from the U.S. to study, research or teach English around the globe.

Also, Kaitlyn Sisco, a 2022 graduate in international studies and Spanish from Brandon, was selected as an alternate for the Fulbright Global and International Studies Master’s program at the University of Salamanca in Spain.

“This record-setting group of outstanding student Fulbright awardees has reached a tremendous pinnacle of achievement,” Chancellor Glenn Boyce said. “We applaud them for their focus on excellence and their commitment to global learning and scholarly pursuits.

“It is incredible to witness the transformative impact of an Ole Miss education on our students and how that continues to result in competitiveness at the state and national levels for elite scholarships.”

Fulbrighters meet, work, live with and learn from the people from other countries, sharing daily experiences there and acting as cultural ambassadors for the United States.

“It really has been a year of firsts,” said Vivian Ibrahim, director of the university’s Office of National Scholarship Advisement, or ONSA. “Our students have broken the university record for Goldwater, Truman and now Fulbright awards.

“We have never had this many UM students apply to competitive global and national scholarships. The process is extremely tough; students write, reflect and work hard on their applications. I applaud every single student who dedicated their time and effort to complete an application this year.”

To help increase the quality and pool of the university’s student applications, Ibrahim’s office ran a free virtual Fulbright “boot camp” last summer. In the weekly sessions, prospective Fulbright applicants received individualized feedback on their applications and learned to craft their narratives and essays.

Jaramillo and Read are set to teach abroad next year as part of the Fulbright English Teaching Assistantship, or ETA, program. The ETA places Fulbrighters in classrooms to assist to local English teachers. ETAs also serve as cultural ambassadors for the U.S.

Jaramillo, from Murfreesboro, Tennessee, graduated earlier this month with a double major in international studies and Spanish. She also served as a member of the university’s Columns Society.

“Recently graduated from the Croft Institute for International Studies, I am excited to use the Spanish I learned in the classroom on the ground in Colombia,” said Jaramillo, who also was a member of the Sally McDonnell Barksdale Honors College at Ole Miss. “Each of my Spanish professors played an influential role in preparing me for this journey.

“I also must thank Ole Miss’s Willie Price Lab School for the wonderful experiences I received in the field of education while serving as a student worker.”

Jaramillo is set to marry her university sweetheart, Reed Peets, in late May and set off to Colombia only days later to start a year of adventure.

Read, from Mobile, Alabama, is also a graduate of the Croft Institute and the Honors College. In January, she plans to head to South Korea to undertake an ETA at an elementary school.

“For the first 18 years of my life, I was certain I was never going to move away from my hometown,” Read said. “Next thing I know, I’m moving five hours away to Oxford to join the Croft Institute of International Studies.”

Read credits her passionate professors and peers in Croft with igniting a curiosity about the world and not limiting herself to one interest.

“With the help of like-minded students willing to practice Korean with me, professors ensuring me that my future goals were not only possible but important, and the amazing women of ONSA, I was able to successfully compete for a Fulbright,” she said. “Next thing I know, I’m moving 6,000 miles away.”

In her spare time in South Korea, Read plans to indulge in her K-pop passion as well as dive into the traditional art of pansori by going to local and national performances.

Caple and Griggs were awarded Fulbright Study scholarships, each of which fully funds a master’s degree abroad.

A native of Huntsville, Alabama, Caple was a Boren Scholar and is a 2020 graduate of the Croft Institute and the Chinese Language Flagship Program. She is the sole recipient of the Fulbright International Master’s Program in International Studies at National Chengchi University in Taiwan.

She plans to continue her undergraduate research into social movements in authoritarian countries, specifically China, while in Taiwan.

Griggs, from West Point, is a 2021 joint degree graduate in public policy leadership and German. Over the last year, she has served as an AmeriCorps VISTA with Wingate University in North Carolina, creating solutions to food insecurity and building infrastructure within the local food systems.

Her passion for sustainable food led her to apply and be the inaugural recipient of a Fulbright award dedicated to food security at the University of Reading in England.

“My experiences at Ole Miss and in the greater Oxford area prepared me for my next steps by encouraging my curiosity and giving me a space to explore my interests,” Griggs said. “Without the support of my program’s faculty, my friends and my mentors, I would not have discovered my passion for food, which led to the decision to pursue a Fulbright Award.

“I feel well prepared for my year abroad because of the skills and confidence I gained during my time at Ole Miss.”

Savage and Williams, both doctoral students in the history department, were granted Fulbright Research Awards.

As a Fulbright researcher, Savage will spend the year in Brazil. His research project is tentatively titled “Navigating neocolonialism and neoliberalism: Brazil, IFIs and the Global South 1970-2000.”

He plans to conduct research at the National Archives in Brasilia and Rio de Janeiro while he is affiliated with the Programa de Pós-Gradução em História Social at the Universidade Federal do Rio de Janeiro.

Williams was awarded her research Fulbright for study in Kuwait but has decided to decline the award for personal reasons. Her research examines nationalism and ideas of citizenship in Kuwait and Bahrain during the 1920s and ’30s.

UM students interested in applying for 2023 Fulbright scholarships are encouraged to join the Fulbright boot camp in June. To sign up, contact the Office of National Scholarship Advisement onsa@olemiss.edu.