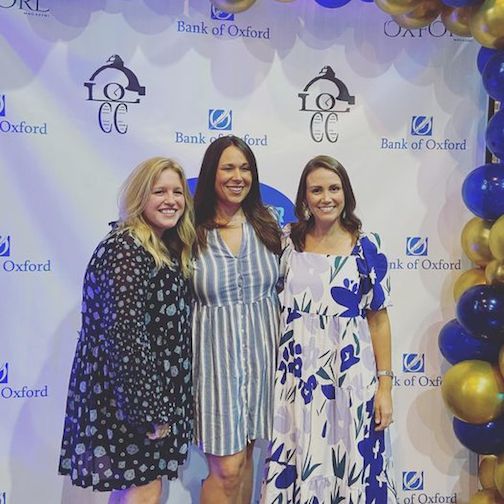 Erin Smith, founder and executive director of CASA of North Mississippi, has been selected to serve on two national councils governing the organization.

CASA/GAL (Court Appointed Special Advocates/Guardians ad Litem for children) Association works with state and local member programs to support and promote court-appointed volunteer advocacy for every child who experiences abuse or neglect. The goal is to give the children the safety of a permanent home and the opportunity to survive.

Smith, who founded the North Mississippi organization in 2018, was invited in February to serve on the National CASA/GAL Rural Leadership Council. The appointed members provide advocacy and insight for their respective community programs, addressing specifically the developmental issues that impact local programs and threaten to hinder the long-term growth of the national CASA program.

“I am thrilled and honored to be invited to serve on the National CASA Rural Leadership Council,” Smith said. “For me, it is very important to have a seat at the table when discussing strategic issues that impact local programs. Local programs are the heartbeat of the national organization and an integral part of the populations we serve. I look forward to helping with the continuation of growth and development of the CASA/GAL network.”

“We are thrilled to have Erin serve on the National CASA/GAL Leadership Council where she will bring the same commitment and leadership she has demonstrated in her local program,” said Tara Lisa Perry, National CASA/GAL chief executive officer.  “Erin’s success in founding CASA of North Mississippi, along with the program’s phenomenal growth over the past four years, is impressive and positions her well for service on this Council.”

Perry noted that Smith is not new to community service.

“I would be remiss if I did not also add that Erin’s commitment to this mission started before her service as a local program director,” Perry said. “Erin served as a CASA volunteer and is a beloved member of Kappa Alpha Theta, where she supported our movement back in college. All her work over the years shows true dedication to service and supporting children that have experienced abuse or neglect in Mississippi and beyond. We look forward to learning from Erin as we chart our future, increase our service and impact for the children and families we serve.”

The National CASA/GAL Board of Trustees appoints members of the National Leadership Council and consists of 15 members across the CASA Network.

A graduate of The University of Mississippi, Smith is no stranger in Lafayette County and Oxford. She has served with many other organizations, including various positions with the Lafayette-Oxford Chamber of Commerce and the City of Oxford Historic Preservation Committee.