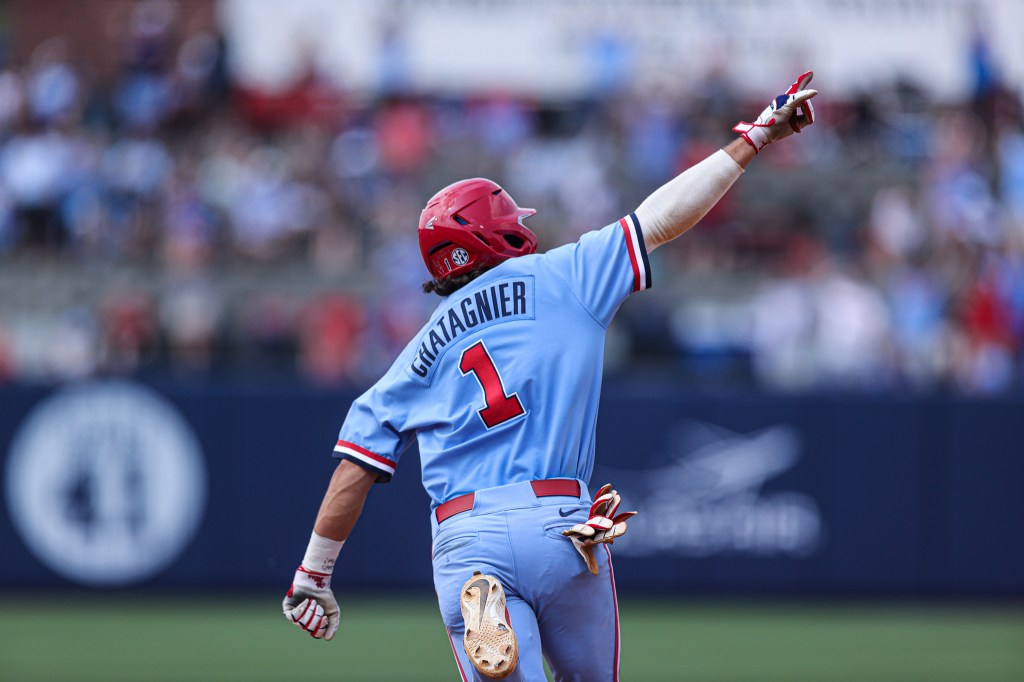 D1Baseball released their latest NCAA baseball tournament projections on Thursday, which include Ole Miss as one of the final teams to make the cut.

The Rebels (32-22, 14-16 SEC) fell to Vanderbilt in the opening round of the SEC tournament on Tuesday, a crushing loss that left their postseason fate in the hands of the selection committee.

According to the latest D1Baseball projections they currently sit among the “Last Four In” along with Alabama, Old Dominion and Clemson.

Alabama fought their way into the tournament conversation with a win over No. 13 Arkansas in the second round of the SEC tournament, and now await the winner between Florida and No. 5 Texas A&M. The Crimson Tide can secure a spot in the national tournament with one more win, but will be in a similarly precarious spot with a quick exit.

Old Dominion fought their way into the national conversation after finishing the regular season as the No. 3 seed in Conference USA, and blew out Middle Tennessee in the first game of their double-elimination conference tournament. The Monarchs take on No. 2 seed Louisiana Tech at 4 p.m. in a game that could solidify their NCAA tournament seeding.

Clemson fell to the “Last Four In” after losing to North Carolina in their first ACC tournament matchup, and must now face No. 2 Virginia Tech in an attempt to keep their season alive.

The Rebels’ tournament hopes have also been aided by some missteps from other teams on the bubble.

Iowa won six out of seven games to close the regular season and force their way onto the bubble, but fell to Penn State in the first game of the Big Ten tournament to put their season in jeopardy.

UTSA lost three out of five at the end of the regular season to fall all the way to the No. 5 seed in C-USA as they continued their slide out of an NCAA tournament spot. The Roadrunners were among the final teams projected to make the tournament earlier this week, but now sit on the “First Four Out” line as they prepare to face No. 14 Southern Miss on Friday.

Ole Miss missed their opportunity to add résumé-boosting wins in the SEC tournament, but costly late-season slip-ups from other bubble teams may have preserved their postseason hopes.

The Rebels now wait until Monday to learn whether their season will live on or not.