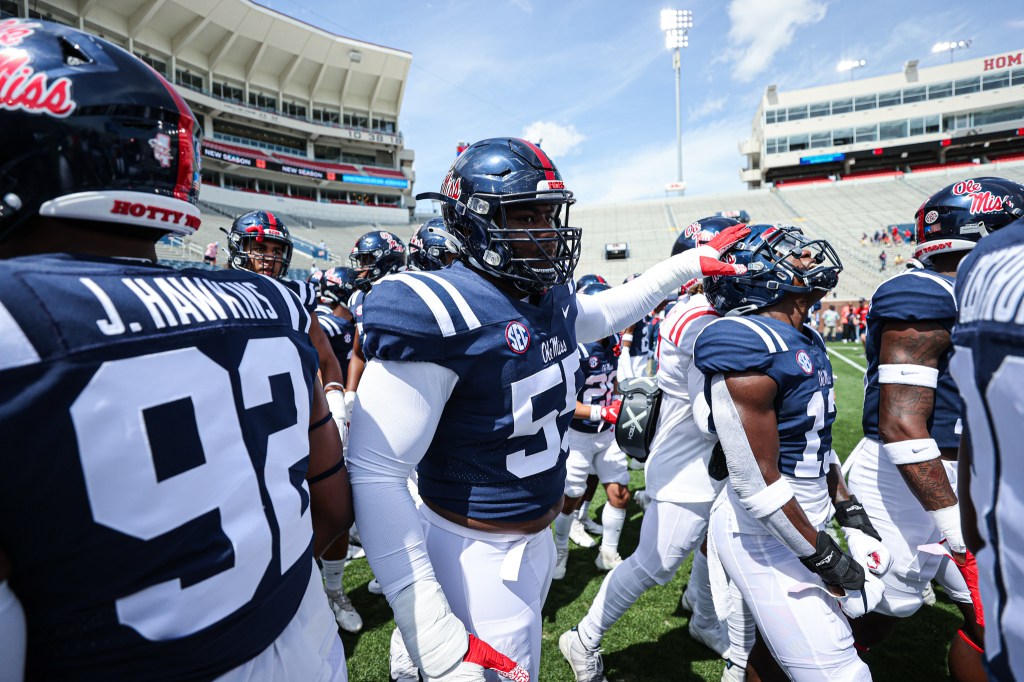 The Blue team gets ready for the Grove Bowl on Saturday, Apr. 23, 2022. (Josh McCoy/Ole Miss Athletics)

Ole Miss will kick off the season at home on Sept. 3 against Troy. Game time is slated for 3 p.m. CT and will be televised on SEC Network.

The Rebels return back to Vaught-Hemingway Stadium the following week (Sept. 10) to play host to Central Arkansas at 6 p.m. The contest will be available on ESPN+ and SECN+.

Ole Miss will hit the road for the first time Sept. 17 as the Rebels travel to Atlanta to take on Georgia Tech. Kick is set for 2:30 p.m. and will be nationally televised on ABC. The 2022 meeting will be fifth all-time meeting between the two schools and the first regular-season game in the series since 1946.

The annual Battle for the Golden Egg against Mississippi State will be played Nov. 24, in Oxford, at 6 p.m. The Thanksgiving affair will once again be broadcast on ESPN. The game will be the 119th all-time meeting in one of the nation’s most-played rivalries. Ole Miss holds a 64-46-6 advantage in the series dating back to 1901, including a 22-12-3 mark in Oxford.

Here is the current 2022 football schedule: