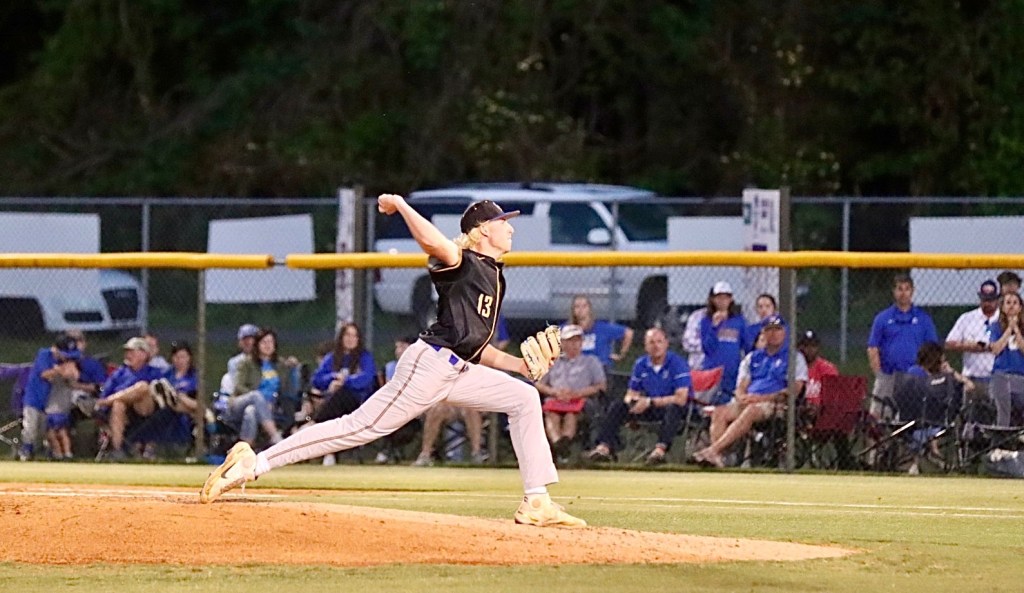 Oxford's Vaiden Ellis delivers a pitch in the Chargers' 8-2 loss to DeSoto Central in the MHSAA Class 6A North Half championship on Monday, May 16, 2022. (Angel Smith)

Ellis made the announcement in a social media post on Wednesday thanking the people who helped him along on his journey.

“I am proud to announce that I will be continuing my academic and baseball career at Meridian Community College,” Ellis wrote on Twitter. “[I am] thankful to God, my family, my coaches and my teammates for all the support over the years.”

The rising senior was mostly used in relief this season, posting a 2.41 ERA in 11 appearances.

His final appearance of the season came in the Chargers’ season-ending loss to DeSoto Central in the MHSAA Class 6A North Half championship on May 16. He gave up two runs on five hits in 2.1 innings as Oxford came up short against a dominant Jaguars’ lineup.

The 6-foot-5 righty will likely be the Chargers’ No. 2 starter next year after the departure of senior ace Dixon Webb.

Former director must pay back money from multi-million dollar…