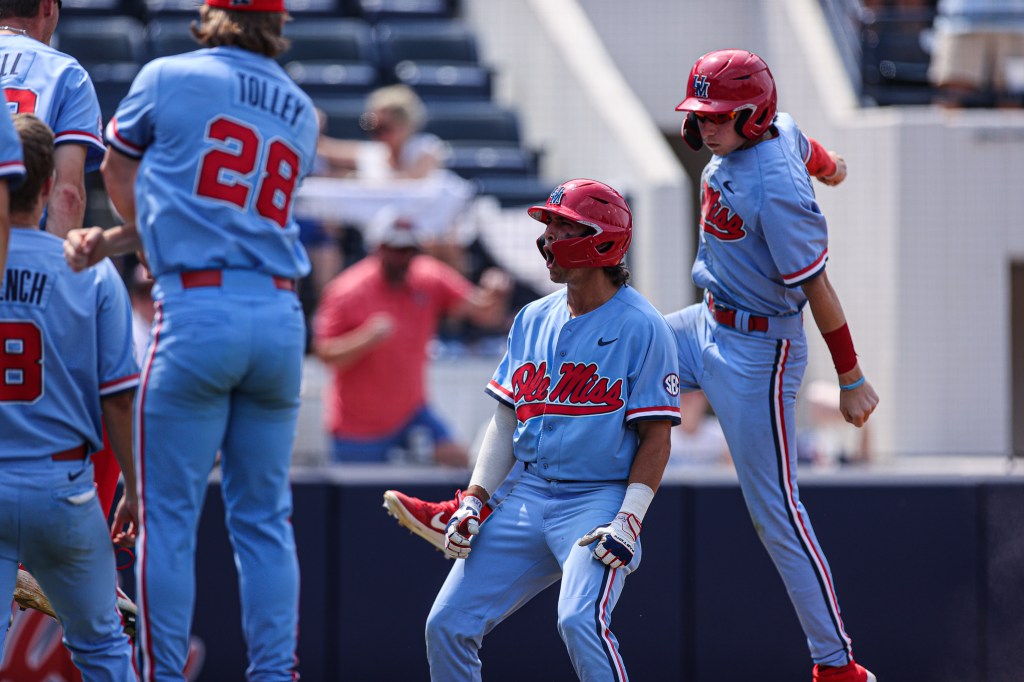 Nearly a week after falling to Vanderbilt in the opening round of the SEC tournament, Ole Miss baseball earned a surprising bid to the NCAA tournament on Monday and will head to the Coral Gables (Fla.) regional along with Canisius, Arizona and No. 6 Miami.

The Rebels (32-22, 14-16 SEC) were predicted as one of the final teams on the “First Four Out” line according to most projections, but snuck into the tournament as the final team to make the cut in the latest turn of their roller-coaster season.

Ole Miss jumped out to a 13-1 record early in the year to earn the No. 1 ranking in the country before losing 16 out of their next 25 games to fall to the bottom of the SEC standings.

They rallied back to win eight of their final 10 regular season games to put themselves in position for a fourth consecutive NCAA tournament berth.

They now head to a strong Coral Gables regional where they will face off with Arizona, the team that knocked them out in the Super Regionals last season.

The Wildcats (37-23, 16-14 PAC-12) had a relatively disappointing season after making the College World Series last year.

They started the season well, knocking off then-No. 14 Texas Tech in the State Farm College Baseball Showdown before pulling off a sweep of eventual PAC-12 champion Stanford in their second conference series of the season.

They struggled down the stretch however, dropping seven out of 10 games to close the regular season.

Ole Miss shot themselves in the foot time and time again this season, but now has a chance to put all of it behind them after sneaking into the field.