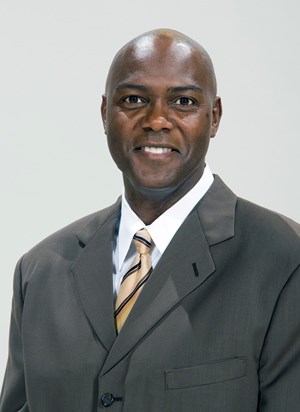 One of the most well-respected assistant coaches in the nation, Kirby comes to Oxford with 37 years of Division I coaching experience, with his most recent stop being a five-year stint on Patrick Ewing’s staff at Georgetown from 2017-22. In his long career, Kirby has helped lead his teams to 19 postseason berths (11 NCAA Tournaments, eight NITs) and has coached 18 professional players. Kirby is also highly familiar with the mid-south and Mississippi in general, having coached at Mississippi State 16 total seasons across two different stints.

“Robert brings an unbelievable amount of energy and recruiting experience to our staff, and he has a great understanding of SEC basketball,” Davis said. “I think he is an outstanding fit for Ole Miss. We look forward to our entire staff getting started with summer workouts in early June. We have never been more excited about our blend of returning players to go along with our four freshmen and four transfers players coming in for the 2022-23 season.”

“I am very excited about coming to Oxford and being a part of Coach Davis’ staff,” Kirby said. “Coach Davis is a very knowledgeable and innovative coach. I am honored to join his outstanding staff, and look forward to working with a talented group of returning players along with the 12th-ranked recruiting class that he has put together for the upcoming year.”

Kirby, a Memphis native, has been recognized by Rivals.com as one of the nation’s top recruiters and HoopScoop as one of the country’s top assistant coaches. He is a recipient of the NABC Distinguished Years of Service Award. At Georgetown from 2010-12, Kirby was part of a team that advanced to the NCAA Tournament in both seasons, helping to recruit consecutive classes ranked in the top-15 nationally, including Otto Porter Jr., who was a First Team All-American and National Player of the Year candidate.

Kirby spent 12 years as an assistant at Mississippi State, helping guide the Bulldogs to an average of nearly 21 wins per year, including a school-record 27 victories during the 2001-02 campaign. Kirby brought in several nationally-ranked recruiting classes to Mississippi State, was part of teams that had 10 postseason appearances, including six NCAA Tournaments, and he coached five All-Americans and 11 all-conference performers.

Kirby, a two-year basketball letterwinner and 1983 graduate of Pan American University (now known as Texas-Rio Grande Valley) in Edinburg, Texas, also coached at Arkansas College (now Lyon College) in 1984-85 and his alma mater as a student assistant in 1982-83.