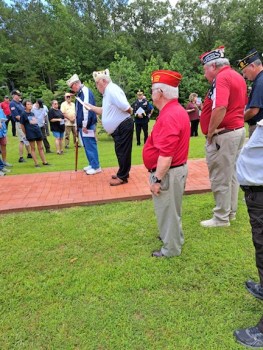 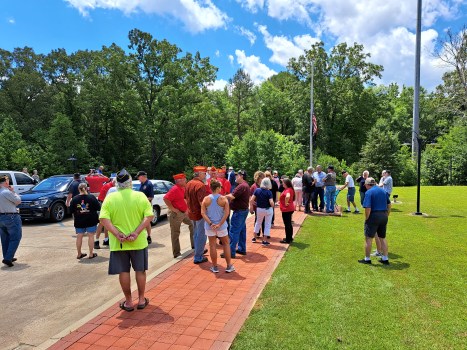 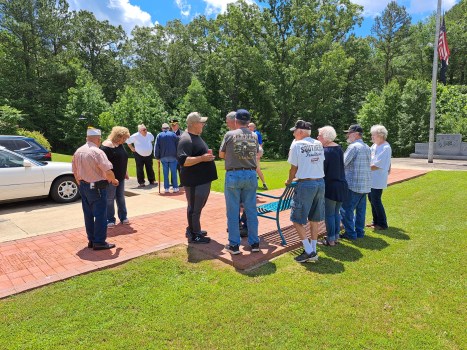 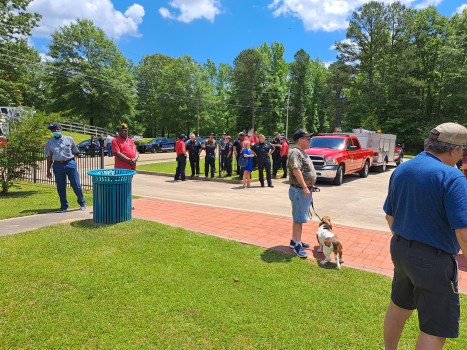 Living and fallen veterans were recognized for their service to the nation and the sacrifices they made. Veterans Bobby Freeman, Wil St. Armand and H.C. Franklin who died within the year were given special recognition.

“Memorial Day is the remembrance of the fallen who have given their all for the country,” said Hammond. “We call it a Memorial Celebration because we celebrate their lives, but it’s primarily for all the soldiers and first responders that sacrifice their lives and make our country free.”

According to Hammond, the ceremony and barbecue lunch resulted in the VFW’s biggest turnout. In addition to the present veterans and the LCHS Honor Guard, civilians and local agencies like the Oxford Police Department and the Oxford Fire Department.

“We cooked 135 hamburgers and 60 hot dogs,” he said. “By the time it was over, there were five hamburgers left.”

Also among the attendees were State Senator Nicole Boyd, Mayor Robyn Tannehill, the Oxford Police Department and the Oxford Fire Department. Boyd and Tannehill both conveyed their thanks and appreciation to the local veterans for their service and sacrifice.

“I’m so honored to live in this community and I’m so appreciative of our veterans who organized this event and the many things that pay tribute to their service and sacrifice,” said Boyd. “It was one of the amazing and wonderful things about our community.”

According to Hammond, the organizations are always pushing to recognize their veterans and are doing their best to recruit more local vets.

“There is something like 2,500 veterans in Oxford and Lafayette County but our membership is a little over 100,” Hammond said. “We need more veterans, especially the younger vets.”

The active veteran organization presence in Oxford and Lafayette County maybe small but it is strong, according to Boyd.

“We are so fortunate to have such a strong group of veterans in this community who make sure that we always remember,” she said. “I’m appreciative that I can attend these events.”