Rebels’ first regional game pushed up due to weather concerns 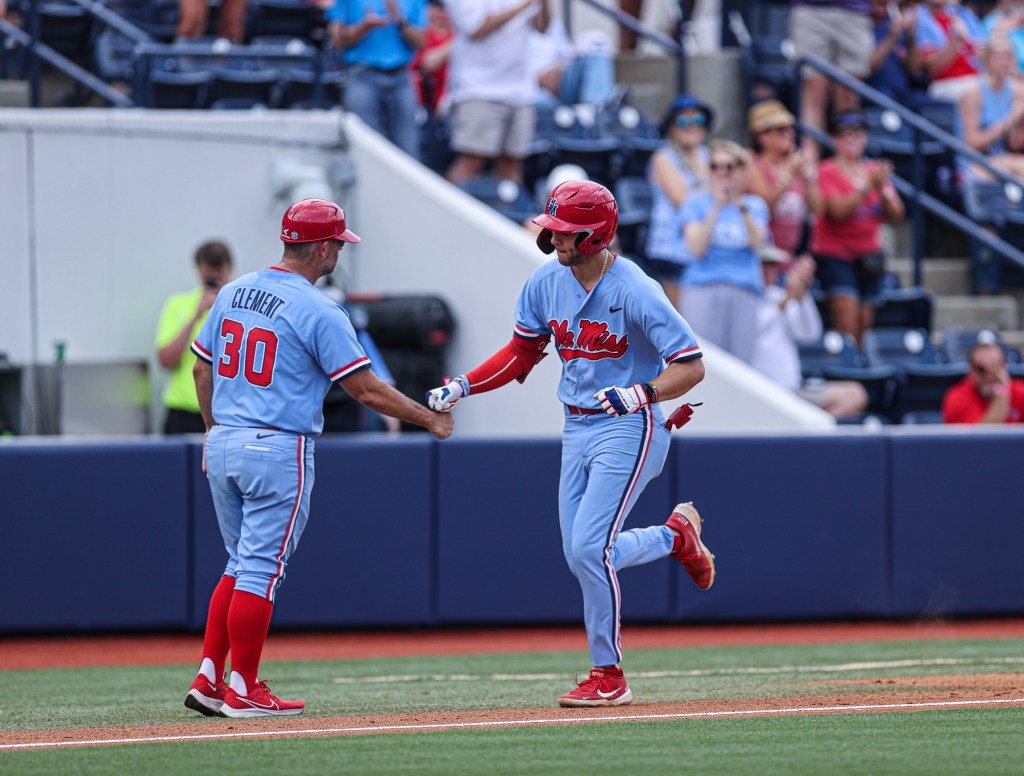 Ole Miss shortstop Jacob Gonzalez rounds the bases after a solo home run in the third inning of the Rebels' 12-5 loss to Texas A&M on Saturday, May 21, 2022. (Josh McCoy/Ole Miss Athletics)

The NCAA released an updated schedule for the Coral Gables (Fla.) regional on Thursday amid concerns of inclement weather.

The National Hurricane Center says there is an 80 percent chance that the storm system currently off the coast of South Florida will strengthen into a tropical depression, and forecasts as much as six to 10 inches of rain in the region this weekend.

The system is expected to cross directly over South Florida, and the Hurricane Center is preparing to issue tropical storm watches as soon as Thursday evening.

The Coral Gables was originally scheduled to kick off at 11 a.m. CT on Friday with a matchup between No. 6 Miami and fourth-seeded Canisius, but that game has now been moved up to 9 a.m. CT.

Ole Miss will take on third-seeded Arizona 55 minutes after the conclusion of game one.

Television information for both games is yet to be determined.

Current Weather Channel forecasts predict a 100 percent chance of rain at noon and heavy showers throughout the afternoon. The storm is expected to ease by Sunday, but flooding and other complications from the storm could prevent games from being played until Monday.