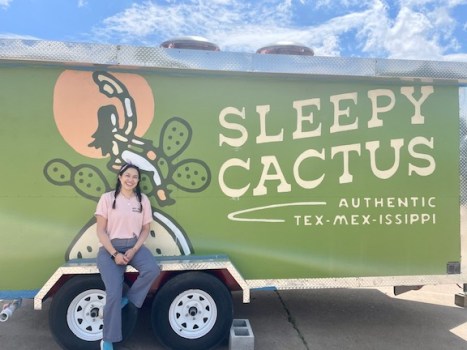 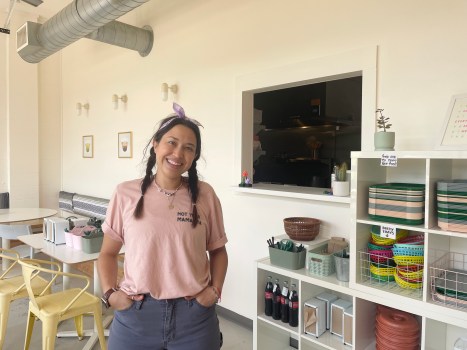 Owner and main chef Alexandra Santiago is no stranger to the building, as Santiago spent time preparing food in the kitchen for the customers of Oxford Canteen before it closed down. Sleepy Cactus’ tacos were actually sold in neighboring shops, such as Uptown Coffee— now known as Heartbreak Coffee— before the opportunity to have her own restaurant surfaced.

Hailing from San Antonio and being born from Mexican parents, Santiago realized the need for proper breakfast tacos in Oxford. Back home in Texas, grabbing tacos anywhere and everywhere was a part of the normal routine.

“When I got here, I knew there was a bunch of Texans in town that were going to school and stuff, but it always shocked me and confused me as to why there weren’t any breakfast taco places,” Santiago said.

Santiago wants to bring a sense of positive community within her new restaurant, starting from the staff to the food itself. After spending plenty of time in the restaurant industry herself, Santiago hopes her way of running a restaurant guarantees fresh ingredients from local markets, happily employed staff, and an inclusive energy to customers.

As for the menu, it changes every week and customers are encouraged to grab a meal while supplies last.

With homemade, authentic Mexican flavors such as chorizo in tacos and horchata iced coffees, Sleepy Cactus is encapsulating her version of “Tex-mex-issippi” as Santiago says.

The food, the atmosphere, and the name were all intentionally mixed to reflect Santiago’s personality and dreams. With pastel colors in the building, simple artwork, and a combination of flavors in every bite, Santiago’s transformed the place into her own.

“From the agua frescas, the desserts, the sauces, the tortillas, we try to use as much local produce and meats as we can,” she said. “So it’s all just kind of goes together, in that same mentality of like: use good product, make good food, and don’t try to like overextend yourself.”