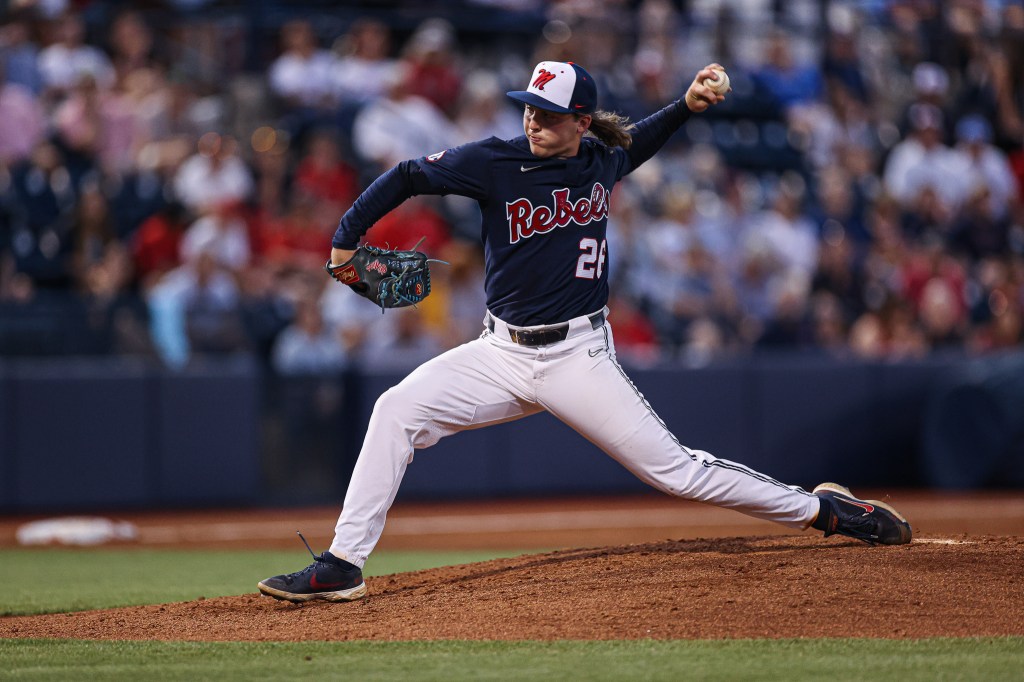 Ole Miss starter Hunter Elliot delivers a pitch in the third inning of the Rebels' 14-6 win over Texas A&M on Friday, May 20, 2022. (Josh McCoy/Ole Miss Athletics)

DURHAM, N.C. – Ole Miss pitcher Hunter Elliott has been invited to the 2022 USA Baseball Collegiate National Team, which will be managed by Ole Miss head coach Mike Bianco this summer.

Elliott becomes the second Rebel to receive an invite to the Collegiate National Team, joining shortstop Jacob Gonzalez, who will be making his second appearance on the team.

Starting the season in the bullpen for the Rebels, Elliott has emerged as one of the top young arms not only in the SEC, but across the country.

An SEC All-Freshman team honoree, Elliott ranks seventh in the SEC with a 3.29 ERA, 10th lowest in the nation among freshmen. The Tupelo, Mississippi, native Also ranks sixth in the SEC in opponent batting average at .214.

With Elliott on the hill, the Rebels have come on strong down the home stretch. Ole Miss has won three-straight games in which the freshman has started, picking up victories over Missiouri, No. 9 LSU and No. 4 Texas A&M.