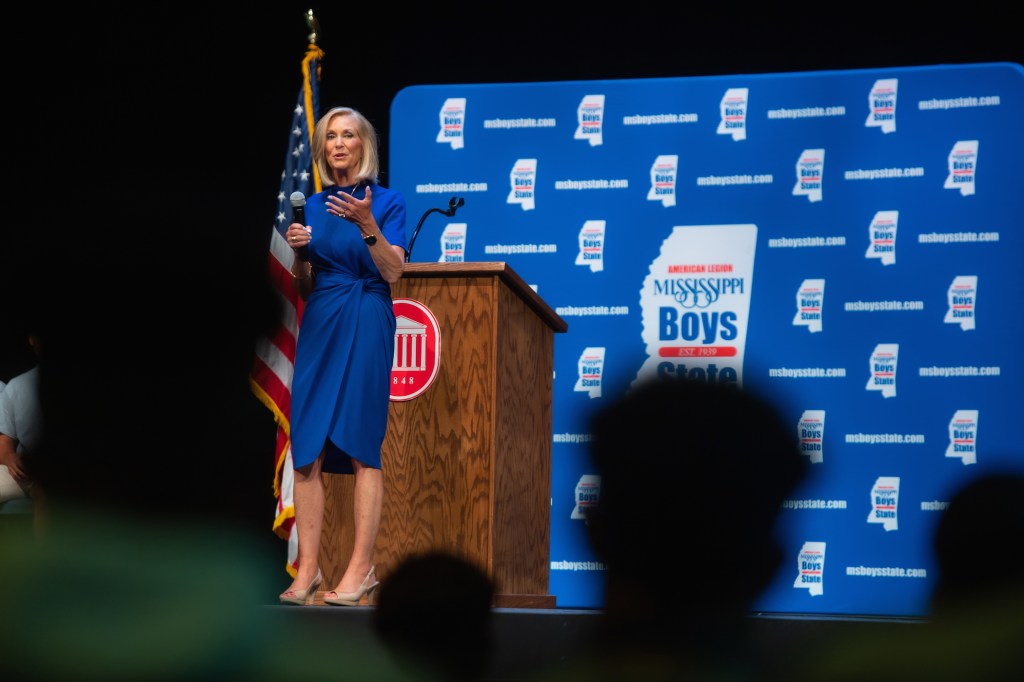 As a delegate to the American Legion Boys State in 2014, Milton Robinson had a life-changing experience. As director of the weeklong leadership training, his goal is to see that this year’s delegates have the same transformative encounter.

“Eight years ago, I bought into this program and it turned me around,” said Robinson, who oversees the annual event at the University of Mississippi, which began Sunday (May 29) and ends Friday (June 3). The week brought together 263 rising high school seniors from across Mississippi for the goal of “developing tomorrow’s informed, responsible citizens.”

Robinson said that before attending Boys State, he was an unfocused high school student with little ambition and poor grades. A staffer in the U.S. Senate, he is in his second year as Boys State director.

“We want to see these students go back home, stand, speak well publicly, be active in their communities and become leaders,” Robinson said. “All of our staff were once Boys State delegates themselves who return afterwards and volunteer to work here.

“We come because we know that our program changes lives.”

During the week, Boys State delegates have been learning how city, county and state governments function through simulating those jobs. They also participated in Memorial Day services and heard from many local, state and federal elected officials.

“The university’s commitment to the success of Mississippi high school students remains strong through our partnership with the American Legion Boys State program,” said Bradley Baker, director of the Ole Miss Student Union.

“While the students are fully immersed in the leadership opportunities afforded by participating in Boys State, they are able to take full advantage of living on the most beautiful campus in the country and spending time in first-class facilities throughout the week. The University of Mississippi is committed to continuing to host American Legion Boys State for years to come.”

Ole Miss hosted its first Boys State in 2016 and has hosted every year since except 2020, when all activities were canceled due to COVID-19.

Although delegate Jay May, of Bogue Chitto, said he came expecting Boys State to be a “sports camp,” the week has been much more.

“Boys State is all about leadership,” May said. “Everything I’ve seen and heard has opened my mind to all that I can become after I return home and beyond.”

The Illinois American Legion created Boys State in 1934, and Mississippi’s event began in 1938. The national organization adopted it in 1945.

Boys State’s goal is to make sure every delegate understands the value of civic education, and that they have an opportunity to put that education into practice while on campus.

The gathering is designed to be a virtual 51st state with a constitution, statutes and ordinances constructed by its citizens to govern themselves. Participants are required to review their knowledge about political workings of state and local government, but they also perform the same duties as real-world officeholders.

Baker said it is always an honor to work with Boys State.

“It has been a privilege to be a part of the university’s commitment to the development of the future leaders of our state and nation in planning for Boys State each year,” Baker said. “We are always honored to roll out the red carpet for the Boys State program as we welcome them back to Oxford and Ole Miss each summer.”