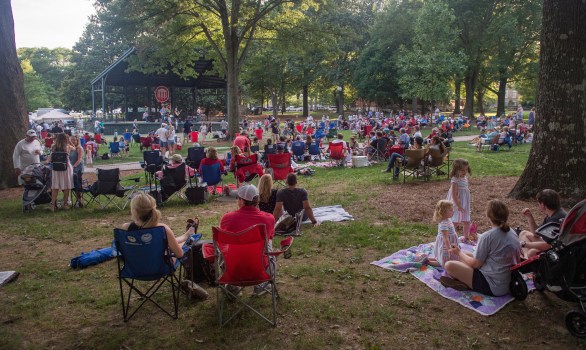 The Summer Sunset Series provides opportunities for families and friends from across the LOU community to relax and enjoy an evening of music and fun in the Grove on Sundays throughout June. Photo by Christian Johnson/Ole Miss Digital Imaging Services 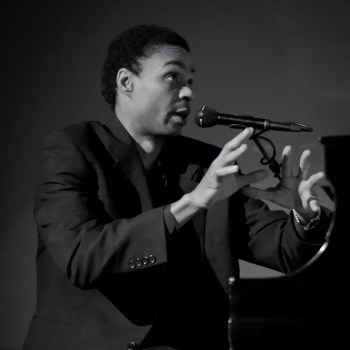 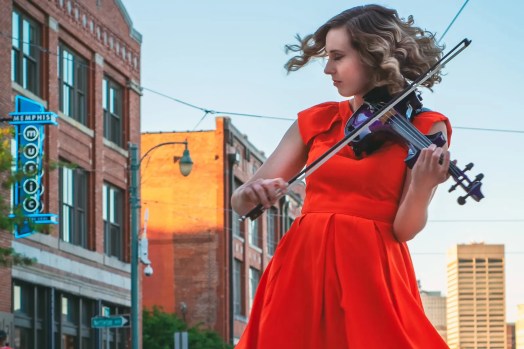 Alice Hasen brings her eclectic blend of fiddle-powered music to the Grove with her band, Blaze, for the June 19 edition of the Summer Sunset Series. Photo by Photography Miyabi

The annual Summer Sunset Series returns to the Grove stage at the University of Mississippi with a series of four Sunday evening concerts in June.

Summer Sunset Series is a free community event made possible through a collaboration of Visit Oxford, Yoknapatawpha Arts Council, the UM Center for the Study of Southern Culture and the University Museum. Each Sunday night in June, locals and visitors can bring a blanket or lawn chair and set up their own picnic to enjoy live music. All events are free and begin at 6 p.m.

Following the radio show, Madrik, a seven-piece band featuring musicians with influences from house, hip-hop, drum and bass to pop, funk and soul, will perform. These heavy hitters’ meticulously crafted, high-energy sets will keep audiences moving and grooving all evening.

The June 12 show features the Bill Perry Quintet, sponsored by the Center for the Study of Southern Culture and Living Blues magazine. Perry has been performing professionally since 1993 and has played in every major blues and jazz festival in Mississippi.

He also performed at New York’s premier blues club, Terra Blues, with his father and legendary blues musician, Bill “Howl-N-Madd” Perry. The quintet features a group of passionate musicians with years of experience to provide a unique, heartfelt show.

“Bill ‘Howl-N-Madd’ Perry is well-known and beloved by the Oxford community,” said Melanie Young, publications manager for Living Blues magazine. “His long, storied musical career has taken him from his native Lafayette County to Chicago and Los Angeles, from gospel to blues, and even to TV and movie screens.

“His love of playing music is his driving force, and his performance for this year’s Summer Sunset Series is not to be missed.”

The UM Museum is the sponsor of the June 19 concert featuring Alice Hasen and the Blaze. Hasen began her musical studies at age 4 with a background in classical traditional but is most at home at the crossroads of the genre, pushing traditional violin and fiddle out of their comfort zones.

This “fiddle-powered groove band” is rooted in the Memphis heritage of funk, rock and jazz but can stray into pop, hip-hop and even reggae territory.

The museum has been a founding sponsor of the concert series since it began, and the series helps advance its mission, said Robert Saarnio, the museum’s director

“The meaningfulness of these musical gatherings for our community cannot be overstated, and they mirror the museum’s own mission of connecting us all to the best of arts and culture while providing an opportunity to assemble together in a serene and beautiful setting,” he said.

“On multiple occasions, we’ve been privileged to sponsor Alice Hasen’s bands in the series, and our June 19 audience should hold on tight to be in the presence of this dynamic band leader, compelling vocalist and one of the Southeast’s leading instrumentalists. Please join us as Alice and her group shake the house down and give the Grove its groove.”

The final performance of the series will feature local musician Aaron Hall, sponsored by the Yoknapatawpha Arts Council on June 26. Originally from Hattiesburg, Hall makes music that blends with his adept storytelling. His true passion of songwriting is portrayed through his music and lyrics.

In case of rain, the performances will be canceled. For more information on the series, go to https://visitoxfordms.com/.