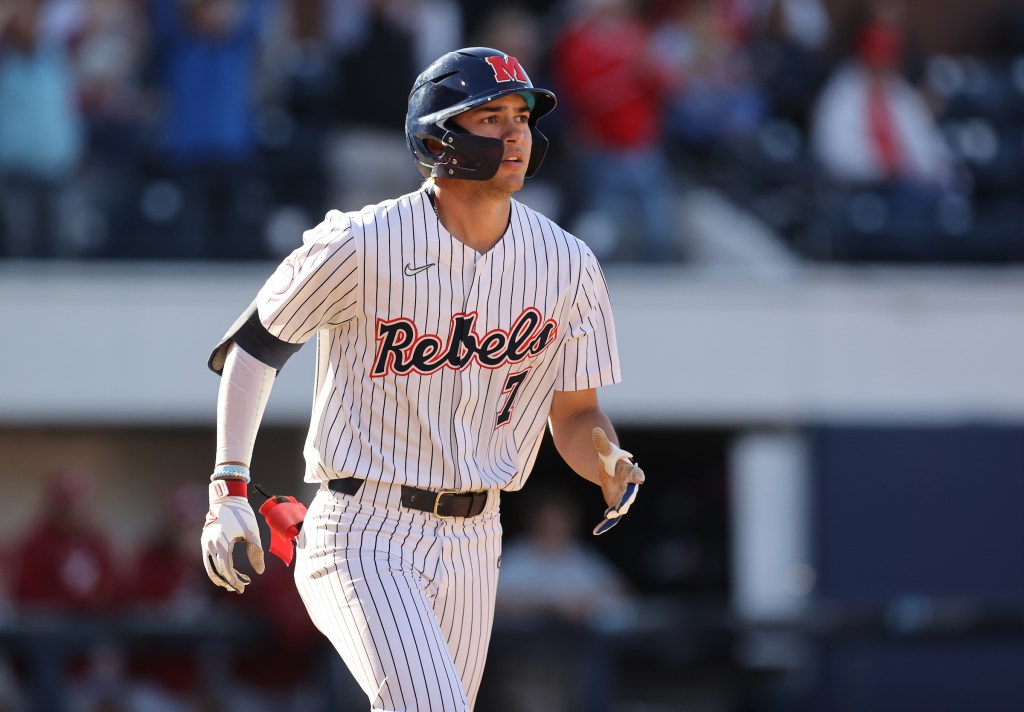 Ole Miss baseball's NCAA tournament-opener versus Arizona has been postponed for the third time in the past two days. (Ole Miss Athletics)

The waiting game goes on.

Ole Miss baseball has not taken the field since their 3-1 loss to Vanderbilt in the first round of the SEC tournament on May 24, and must now wait a little bit longer as Mother Nature refuses to cooperate in South Florida.

The Rebels, who earned the No. 3 seed in the Coral Gables (Fla.) regional, were scheduled to take on second-seeded Arizona at 6 p.m. on Friday, but the game was postponed to Saturday afternoon due to heavy downpours from Tropical Storm Alex.

Continued rainfall and scattered thunderstorms have now forced a third schedule change, with top-seeded Miami set to take on No. 4 seed Canisius at 5 p.m.

Ole Miss will take on the Wildcats 55 minutes after the conclusion of game one.

Many areas of South Florida have already reported as much as a foot of rainfall in the past two days as Alex continues to rip through the region. The rain is expected to ease up by Saturday evening, with scattered thunderstorms and strong winds persisting through Sunday morning.

The National Hurricane Center issued a tropical storm warning for the region Thursday night, and a flash-flood warning is in effect for Miami-Dade County until Noon E.T.