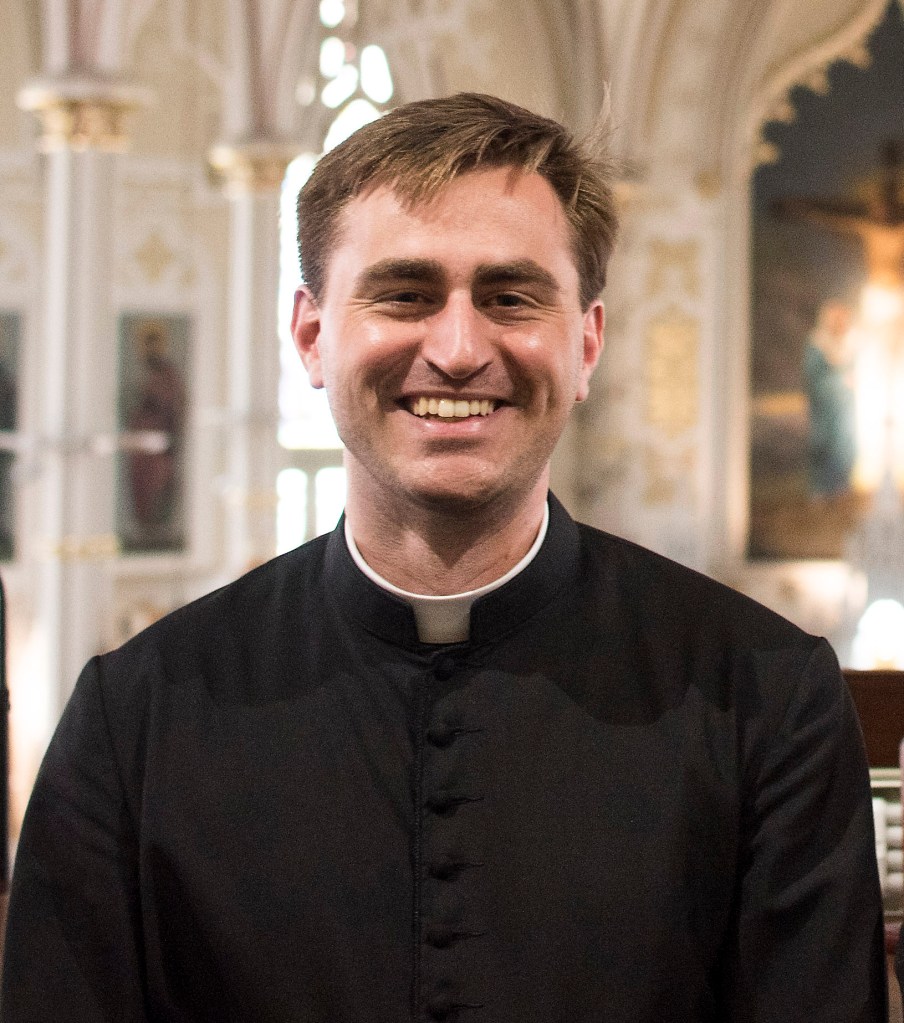 St. John the Evangelist Catholic Church’s new pastor is making Oxford his home and is looking forward to becoming a part of the community.

Over the past few weeks, the Rev. Mark Shoffner has been acquainting himself with the members of St. John and the Oxford community as the new pastor of St. John the Evangelist Catholic Church.

Shoffner has filled the position left by former St. John pastor Joe Tonos, who has left to serve at St. Richard Catholic Church in Jackson.

Shoffner previously served at St. Mary Basilica in Natchez and Cathedral School for three years. Just as many parishioners were sad to see Tonos leave, Shoffner’s members at St. Mary felt the same as he had become an integral part of their life.

“Everybody was really sad to have me leave Natchez,” said Shoffner. “They were not very fond of me going anywhere else, especially up here.”

Not only were his Natchez parishioners losing their beloved pastor, but he was going to live in the home of Louisiana State University’s football rivals, Ole Miss.

“I made jokes with them. I said there were only about 10 people in our parish excited to see me going to Oxford,” Shoffner said. “If I’d been going to Starkville or Baton Rouge or even Hattiesburg, they might have been more excited.”

But the warm welcome Shoffner received in Oxford cushioned the sadness of the transfer.

“Everybody here has been uber-welcoming, thankful that I’m here and excited about what this is going to mean for their families and for their faith in the community,” he said. “Everybody is really happy, and it’s helped me a lot.”

Shoffner was officially installed in St. John on Thursday, May 12, and offered his first Sunday Mass on May 15. He quickly settled into his groove at St. John and is taking his own approach to learning the Oxford community.

But maybe Tonos hasn’t completely left Oxford. Both Shoffner and Tonos were raised in Greenville, and quite a few people have remarked on their shared quirks and characteristics, said Shoffner.

“It’s funny because everybody tends to think of ourselves as individuals until we realize that other people come from the same place and that they think alike,” he said. “People in Natchez think alike; people in Oxford think alike;, people in the Delta think alike. I thought my little quirks were my little quirks but maybe it was just how Joe and I  were raised and so we share them.”

Though they may have similarities, Shoffner is more than ready to bring his own brand of leadership into the church and community.

“People didn’t anticipate me wanting to have an active presence in their families,” he said. “They were still in the lines of see me on Sunday and the next Sunday type thing, but that’s not how I do.”

Shoffner wants to get to know not only his church parishioners but regular community members on a personal level. The key for him is to be as involved in the lives of others as possible.

According to the pastor, he’d be happy to have a chat at a cafe, be invited over for a family dinner, or even go hunting.

Shoffner is optimistic about his time ahead in Oxford and is looking forward to being a part of something big and special.

“I think the good Lord has given me plenty of opportunities now just to love the people of Oxford,” said Shoffner. “If you see me and you need me, I don’t care who you are. If you need me, come talk to me. That’s how I’d like to be known in Oxford.”