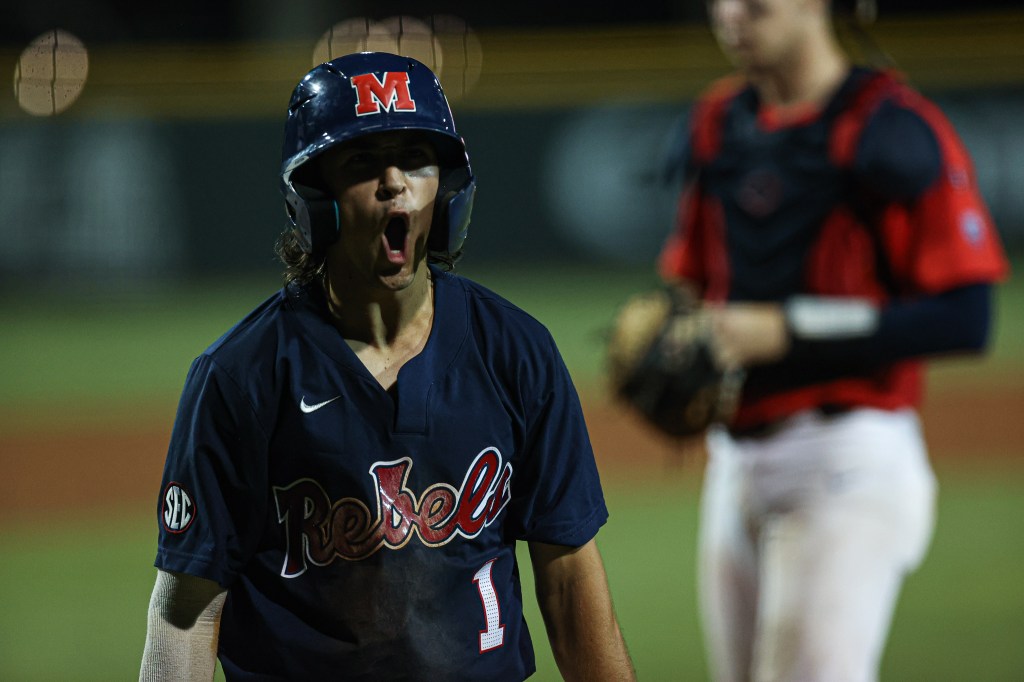 Ole Miss baseball knocked off No. 2 seed Arizona in game two of the Coral Gables (Fla.) regional Saturday as they rode a strong performance from second baseman Peyton Chatagnier to a 7-4 victory.

The junior delivered one of the best performances of his collegiate career when it mattered most, going 3-for-4 with a home run,  a double and four RBIs.

He came up with timely hits time and time again in the late innings, blasting a two-run home run in the seventh to even the score at 4-4 before delivering a bases-clearing double in the eighth to give Ole Miss their first lead of the game.

The Rebels also received a strong performance from junior right-hander Dylan DeLucia, who set a new career-high with 12 strikeouts in six innings of work.

The Port Orange, Fla. native attacked the zone all night, mixing a biting two-seam fastball with a sharp-breaking slider to keep the Wildcats off balance.

He handed the ball over to sophomore reliever Josh Mallitz in the seventh and the Tampa, Fla. native answered the call, striking out five batters in two innings to hold Arizona’s offense in check.

With a three-run lead in hand heading into the ninth the Rebels turned to senior closer Brandon Johnson to record the final three outs of the game.

Johnson struggled to find the zone at first, issuing a leadoff walk to Garen Caulfield before surrendering a single to put two runners on with no outs.

He followed that up by spiking a slider into the dirt that squirted away from catcher Hayden Dunhurst, allowing both runners to advance into scoring position.

With the tying run at the plate and the game hanging in the balance, Johnson fanned three straight batters to retire the side and send the Rebels into the winners bracket.

Ole Miss now turns its attention to No. 6 Miami, who came from behind to defeat Canisius in their first game of the tournament. The Rebs will square off with the Hurricanes at 2 p.m. CT on ESPN+ with a trip to the regional championship on the line.