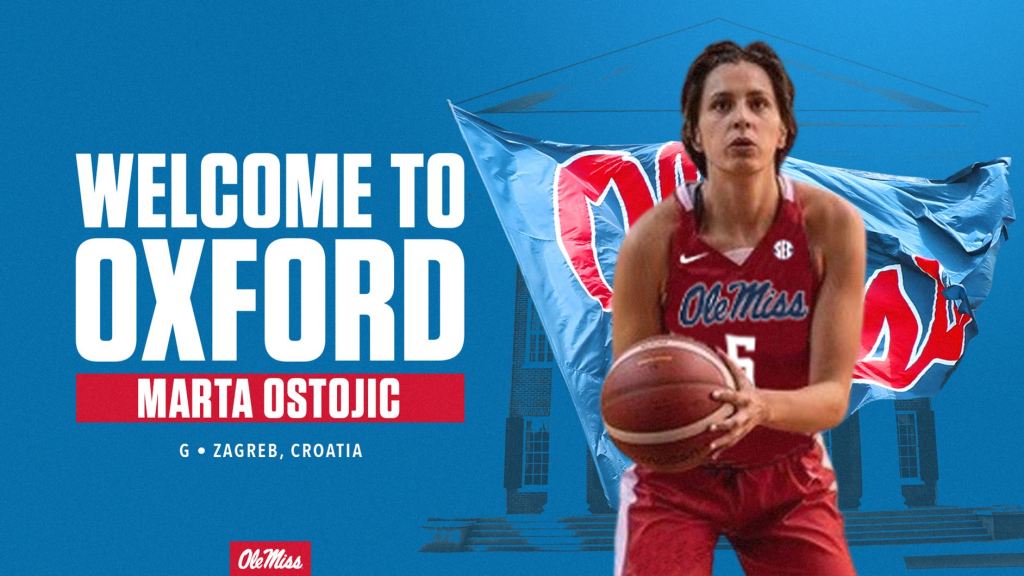 OXFORD, Miss. – As the grind of summer workouts are underway, head women’s basketball coach Yolett McPhee-McCuin continues to add puzzle pieces for the upcoming season, announcing the signing of Marta Ostojic from Croatia on Tjursday.

“I am incredibly pleased to have Marta join our basketball family,” said McPhee-McCuin. “Her versatility, competitiveness and experience playing internationally at a high level will have an immediate impact on our program.  Not only will the community love Marta, but her signing and desire to come to Oxford is proof that University of Mississippi and Ole Miss Women’s Basketball are recognized world-wide as a brand of excellence.”

The 6-1 guard hails from Zagreb, Croatia, and averaged 16.3 points, 5.3 rebounds and 3.5 assists per game this past season playing for Zagreb in the nation’s top league. Ostojic’s high play earned her a spot on the list for the Croatian National team.

At the 2021 FIBA U18 Women’s European Challengers last summer, Ostojic was a key contributor for Croatia, averaging 9.0 points, 5.8 rebounds and 3.0 points per game throughout the five contests.

Ostojic joins eight new Rebel additions for the 2022-23 campaign, along with key returners in Angel Baker, Snudda Collins and Madison Scott. The Rebels look to grow off of last year’s success as one of the nation’s top defenses and reach the NCAA Tournament for the second straight season.

OPD identifies Abbeville man as the victim of fatal…