Super Regional watch party to be held at Swayze Field 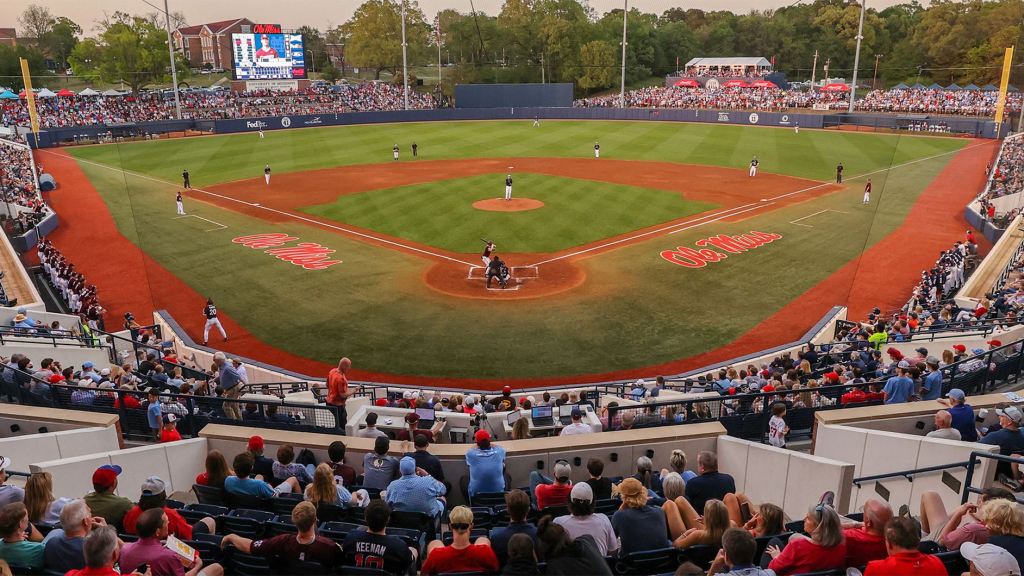 Fresh off capturing the Coral Gables Regional Championship, the Rebels are set to take on in-state foe Southern Miss with a trip to the College World Series on the line. Saturday and Sunday’s first pitches are scheduled for 3 p.m. CT, while Monday’s if-necessary game is TBD.

Fans in attendance will be able to watch the broadcast of the ballgame on the video board at Swayze Field. Saturday’s game will air on ESPNU, while Sunday’s game two will be on either ESPN2 or ESPNU.

The gates at Swayze Field will open at 2:30 p.m. for the watch party both days. Admission is free of charge and parking around the ballpark will be open. Premium areas around the stadium will not be open.

The concessions areas at the stadium will not be open and no food or beverages will be provided. However, fans are invited to bring their own food and beverages to the watch party and coolers are permitted.