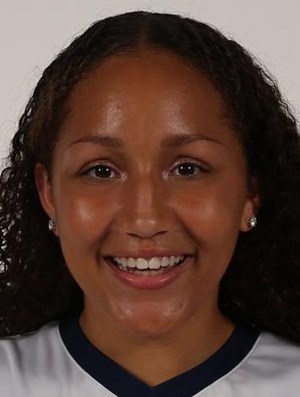 A native of Seattle, Chatman-Haggerty spent the last two seasons at Gonzaga, earning Freshman All-West Coast Conference honors in 2020 after starting 10 matches and leading the Bulldogs in minutes.

“We are extremely excited to add Kayla to our team,” Mott said. “She is a hard-nosed defender who immediately asserted herself as a top player during her freshman season at Gonzaga. Playing in the WCC, she has faced some of the top competition in the country and will be well prepared for what playing in the SEC brings. My staff and I couldn’t be happier that Kayla chose to be a Rebel.”

With Chatman-Haggerty in the lineup, Gonzaga allowed just 10 goals over 10 matches, posting a 6-3-1 record. Included in those wins was a 3-0 shutout victory over perennial power Pepperdine. Of the 10 matches Chatman-Haggerty appeared in during the 2020 season, she came out of the Gonzaga lineup just twice.

Chatman was forced to miss the 2021 season through injury, and was awarded a medical hardship waiver. The native of Washington will have four years of eligibility remaining.