Supers bound: Ole Miss takes on Southern Miss with trip to Omaha on the line 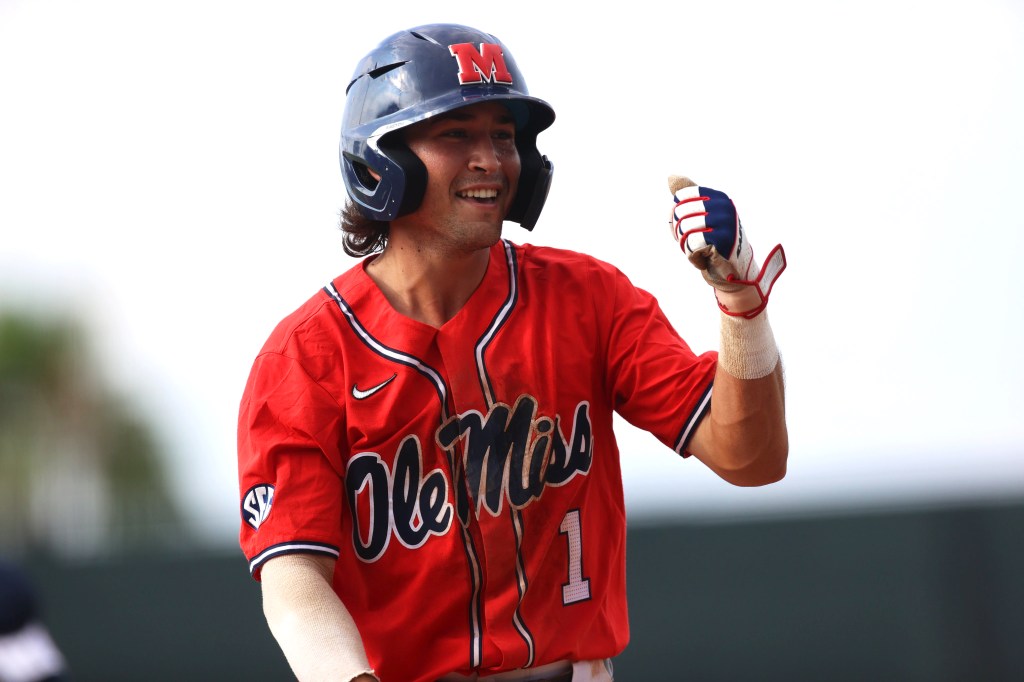 Ole Miss baseball travels to Hattiesburg this weekend for a matchup with No. 11 Southern Miss in the NCAA Super Regionals after sweeping the Coral Gables (Fla.) regional last weekend.

The Rebels (35-22, 14-16 SEC) snuck into the NCAA tournament as the final team in the field of 64, but rattled off three straight wins over Arizona and No. 6 Miami to secure their third consecutive trip to the Super Regionals.

There they will face a familiar foe in No. 11 Southern Miss, who split the season series with the Rebels this year.

Saturday’s game one will mark the first time this season that the two sides will have the opportunity to see each other’s top pitchers after meeting in two midweek contests featuring mostly bullpen arms.

The Golden Eagles defeated Ole Miss 10-7 on April 5 in a neutral-site matchup in Pearl, Miss. where neither starter was able to make it out of the third inning.

The Rebels got their revenge with a 4-1 win over their in-state foe on the road in Hattiesburg on May 11. Junior Drew McDaniel pitched five complete innings for Ole Miss in the win, while Southern Miss sophomore Matthew Adams threw just 3 2/3 innings before being chased out of the game after giving up three runs in the fourth.

Both sides made minor adjustments to their pitching rotations entering this weekend’s series, with Southern Miss opting to throw sophomore Hurston Waldrep in game one instead of ace Tanner Hall.

Hall performed well in the Hattiesburg regional after struggling down the stretch in the regular season, giving up just two earned runs in 10 innings across two starts.

The 2022 Ferriss Trophy winner went 0-2 in his final four starts of the regular season, and has surrendered three or more runs in seven of his last nine starts for the Golden Eagles.

Waldrep, on the other hand, has given up three or fewer runs in six of his past seven starts, and has not recorded a loss since giving up five runs in a 10-4 loss to Dallas Baptist on March 13.

He will toe the rubber in game one against Ole Miss ace Dylan DeLucia, who registered a career-high 12 strikeouts in his last appearance.

The Rebels will turn to freshman lefty Hunter Elliot in game two.

The two sides are set to begin the action in game one at 3 p.m. CT on Saturday at Pete Taylor Park, with game two scheduled for 3 p.m. Sunday. A start time for Sunday’s game three has yet to be announced.