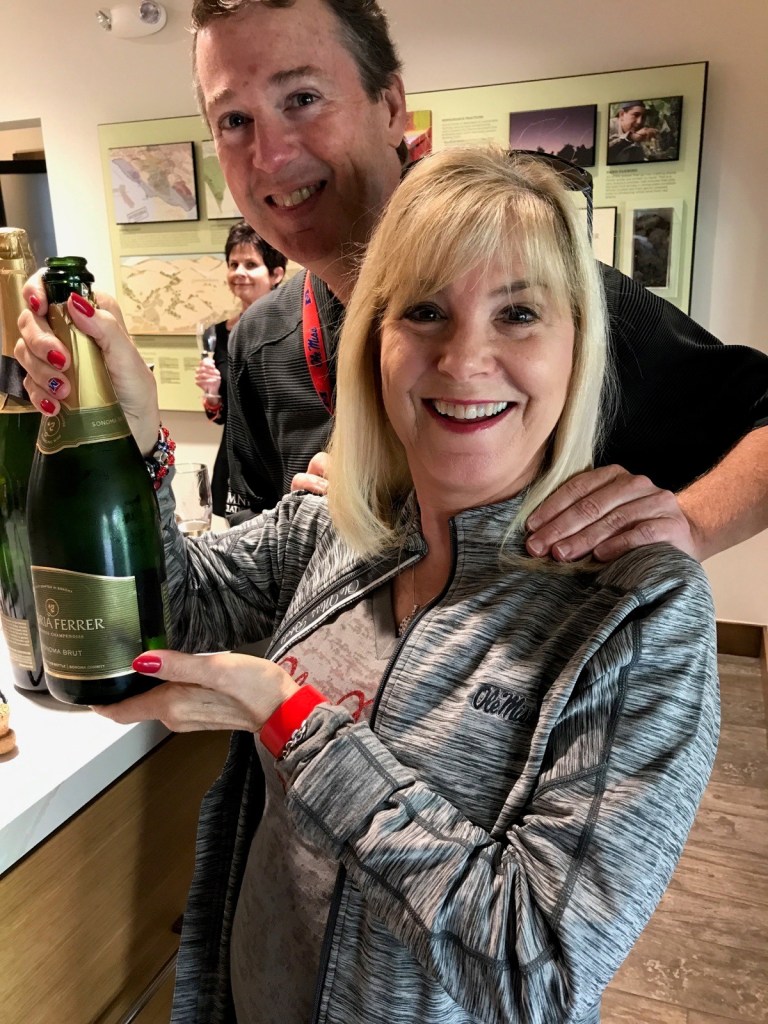 Wade, of Oxford and part-time resident of Naples, Florida, was a die-hard Rebel fan long before she graduated in 1974 with a degree in business administration, having majored in accountancy. When the Rebels are playing, she’s there, even frequently supporting the teams on the road. And almost every Wednesday for the past 20 years, she has joined a group of guys for lunch at Handy Andy to talk about Ole Miss sports.

Her giving record to the university extends 463 rows on an Excel spreadsheet with a history of more than $500,000 in support to many different entities – both academic and athletic.

With a $50,000 gift to the Patterson School of Accountancy Building Fund – her most recent of many gifts to the school – Wade will help shape new construction for the institution that shaped her life during her time on the Oxford campus.

“We are grateful for all that Donna has done for us over a long period of time,” Dean Mark Wilder said. “The new building will be in a prime location on campus, and we believe it will provide our school an opportunity to become the No. 1 accounting program in the nation.

“We greatly appreciate Donna’s support of this truly transformational opportunity for the Patterson School.”

Wade attributes her successful career as a certified public accountant to the education she received at Ole Miss.

“Thanks to my education in accountancy, I have been able to help countless clients realize their financial goals,” Wade said. “Ole Miss gave me the foundation I needed to stand on my own in business at a time when it was challenging for women to do so. For that, I will be ever grateful.”

In 2009, Wade and her mother, Cecile F. Dukes, established the Dukes-Wade Scholarship in Accountancy.

“I guess my affinity for Ole Miss was infectious because my mother came to love the university as much as I do, and she wanted to help other accountancy majors have a similar experience – especially those who may not have had the opportunity to go to college otherwise,” Wade said.

Dukes died in 2010; Wade has continued to fund the scholarship in memory of her mother’s love and support.

At Ole Miss, Wade was a Taylor Medalist, Phi Kappa Phi and a member of Alpha Omicron Pi sorority. She was honored with Who’s Who Among Students at American Colleges and Universities and received the Mississippi Society of CPA’s Outstanding Student of the Year award.

Her son, Dax Wade, attended Ole Miss and her granddaughter, Kenedy Wade, will be a freshman at her alma mater this fall.

“The new home for the Patterson School will be one of the finest buildings on our campus,” said Jason McCormick, director of development. “It’s a big undertaking, and we could not do it without support from our alumni like Donna.

“We are extremely grateful for not only this gift but also for her support of the Patterson School of Accountancy throughout the years.”

UM accountancy programs have been ranked in the Top 20 nationally by the Public Accounting Report each year since 2008. Earlier this year, Big4AccountingFirms.org released a list of the “50 Best Accounting Schools in the USA,” and Ole Miss was ranked No. 8 nationally and No. 1 in the SEC.

To learn more about supporting the Patterson School of Accountancy, contact Jason McCormick, director of development, at jason@olemiss.edu or 662-915-1757. To make a gift, visit https://give.olemiss.edu. 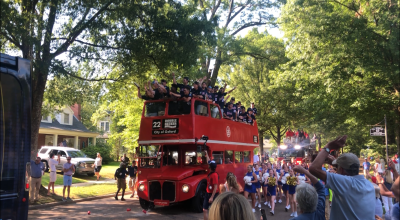