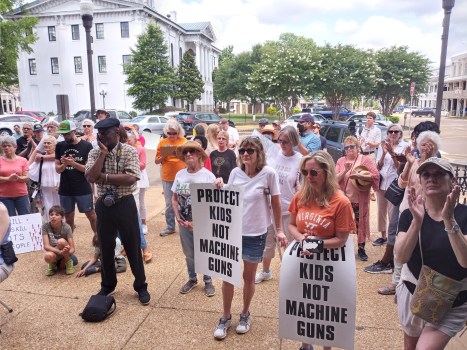 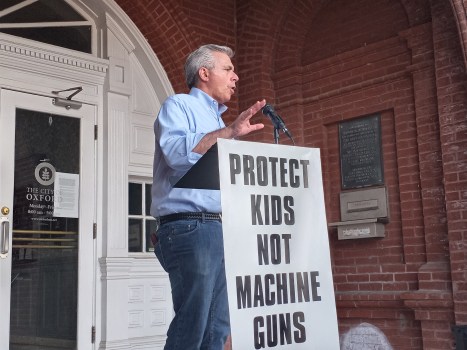 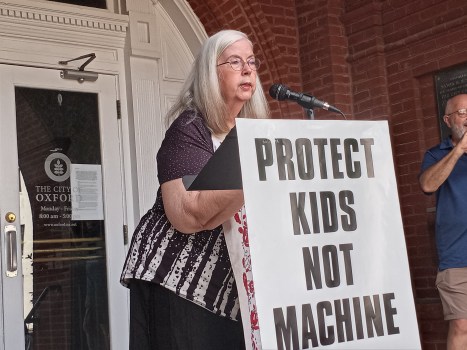 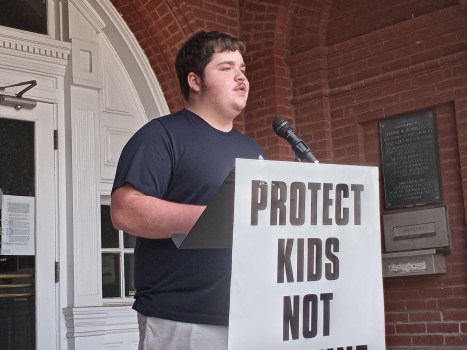 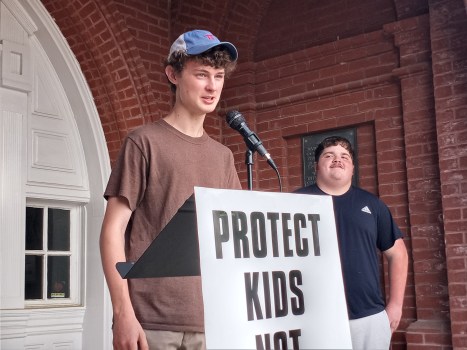 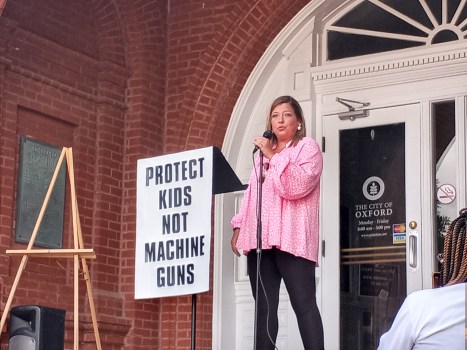 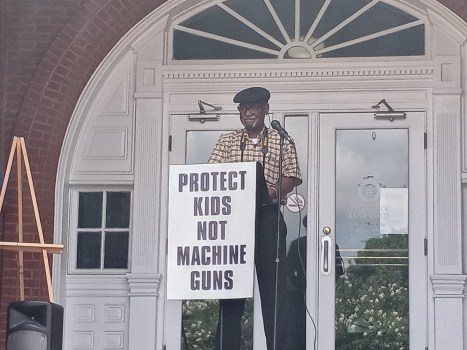 Community members gathered at Oxford City Hall and marched around the historic Courthouse Square on Saturday, June 11, in protest of gun violence and recent mass shootings in Buffalo and Uvalde.

The rally and march took place along with 300-plus other marches around the nation that are in support of March For Our Lives, an organization committed to stopping gun violence and bringing about gun reform. March For Our Lives led the marches from Washington, D.C.

Protestors surrounded the City Hall steps to listen to various speakers give their stances against gun violence and call elected officials to act against the ever-growing school and mass shootings.

Retired Rear Admiral USN Jamie Barnett, one of many speakers, helped organize the rally with Wise Women and Wise Guys of Oxford — two separate groups that drive for change and progress in the community. Barnett took to the podium to give a former Navy admiral’s take on gun violence and how to stop it.

“The main thing is just the breadth and depth of shootings over the years and the continued failure to act by our legislative leaders when we know what to do,” said Barnett. “We know there are effective measures that can reduce gun violence. We wanted to come out here and make sure we’re part of that and we’re carrying that fight forward and making that noise.

“This is just one event but it’s a call to action to make sure that our elected leaders know that it’s not the time to listen to the NRA and we’re not going to just wait until the funerals are over and the noise dies down. We expect there to be reasonable gun safety laws.”

The time to have the conversation of gun control is now, said Barnett. He is not against guns, but he said action must be taken against gun violence.

Other speakers like Reverend Gail Tapscott who read a self-written poem titled, “America is a Gun,” University of Mississippi instructor and former high school teacher Ellen Brewer, Ole Miss professor emeritus Donald Cole and Oxford High School students Tommy Nichol and Eli Nordstrom took to the podium as well voicing their disappointment in the lack of reform and gun control.

Nichol said that he is deeply concerned about the state of the country as school and mass shootings continue, but it becomes a “uniquely American problem.” Students and teachers, who once thought of schools as safe places, now worry for their lives.

“Looking in on this, we can see that the very future of this country cannot even feel safe in their educational institutions and this is a problem,” said Nichol to the rally. ” … A shortcoming of this magnitude is so severe that it can be called nothing less than a failure of immeasurable proportions.

“The unfortunate truth, once again, is that with each passing shooting, one to the next, America grows more and more apathetic as shootings in our schools and places for public gatherings become the new norm. This is a very dangerous process and we cannot stand for it. We need to act and we need to make sure we can feel safe in public spaces.”

The march was only one event, but speakers and rally members are not stopping there. The next step for change? Barnett says to get in touch with local elected officials for change.

“It’s definitely going to be reaching out to our elected representatives with petitions and also letters and those types of things as well,” he said. “I don’t think this will be the last group meeting that you’ll see on this.”