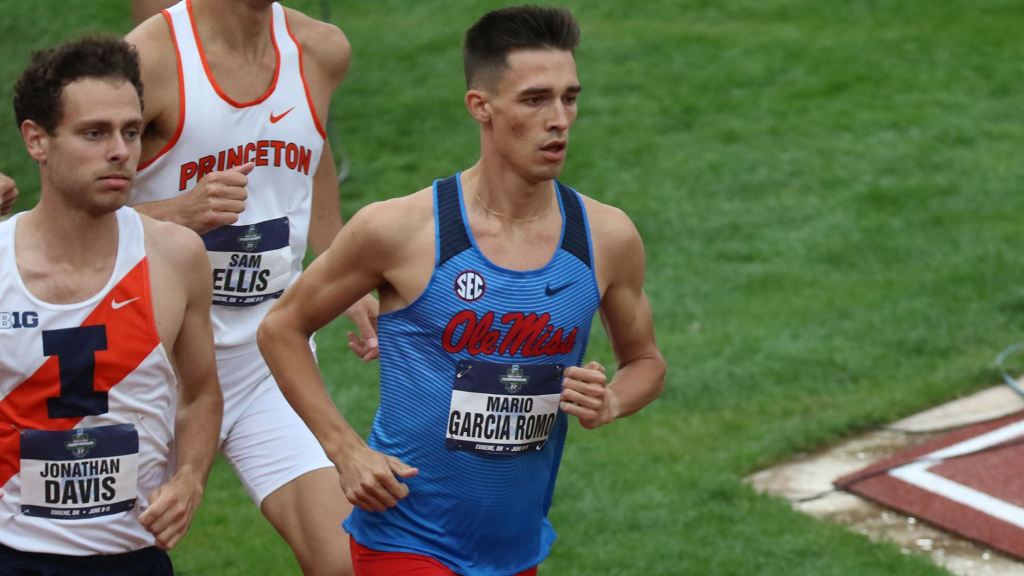 EUGENE, Ore. – Ole Miss track & field senior Mario Garcia Romo wrapped up his storied Rebel career with yet another prestigious honor, finishing as the NCAA runner-up in a hard-fought men’s 1500-meter final at Day Three of the 2022 NCAA Outdoor Championships on Friday.

The threat of rain loomed over Hayward Field all day long, but never really materialized in a damp and mildly humid day in Eugene. That dampness hung in the air as Garcia Romo and the rest of the men’s 1500-meter final toed the line in what ended up as a slow and tactical race that ended in exhilarating fashion.

Garcia Romo was in the lead at the first split mark 300 meters in, but soon found himself boxed in on the rail with nowhere to go. Little space opened up over the remainder of the race, with the entire field all still in contention at the bell. Despite being surrounded, Garcia Romo made his move from the inside with 200 meters to go, clawing his way from five spots back to make a chase for the title via a photo finish.

However, his late resurgence was not enough in the end, falling just over one tenth of a second shy of champion Joe Waskom of Washington at 3:45.69 to Waskom’s 3:45.58 – the slowest NCAA winning time since another highly tactical race in 2015, won by Oklahoma State’s Chad Noelle in 3:54.96. Garcia Romo and Waskom were in lockstep over the bell lap, but Waskom’s race-leading final 400 split of 53.26 beat out Garcia Romo’s 53.47 final lap to help give him the edge at the line. Just two seconds separated the entire field from first to 12th place.

Garcia Romo is the ninth total NCAA runner-up outdoors in Ole Miss track & field history and the seventh ever by the Rebel men. His finish is the highest ever by a Rebel in the men’s 1500-meter, and it’s the highest by any Rebel in an individual track event outdoors since Olympian Isiah Young finished runner-up in the 200-meter dash in 2013.

Although he missed out on completing a historic indoor/outdoor NCAA sweep, Garcia Romo’s efforts today cement him as one of the best to ever wear an Ole Miss jersey. In his track career across both the indoor and outdoor seasons, Garcia Romo has won one NCAA title (indoor mile, 2022), finished as an NCAA runner-up twice, earned six First-Team All-America nods, scored 30.25 total NCAA points, won five SEC titles and scored 42.5 points at the SEC Championships. Additionally, Garcia Romo was crucial in the first two SEC team titles in combined program history in cross country in 2018 and 2019, as well as becoming the third Rebel to ever win an SEC individual cross country title via a historic 1-2-3 podium sweep by the Rebels in 2020.

Also in competition for Ole Miss on Friday was junior Cole Bullock in his first career NCAA meet. Bullock finished 23rd in the men’s 5K final at 13:55.07, good for Honorable Mention All-America status.