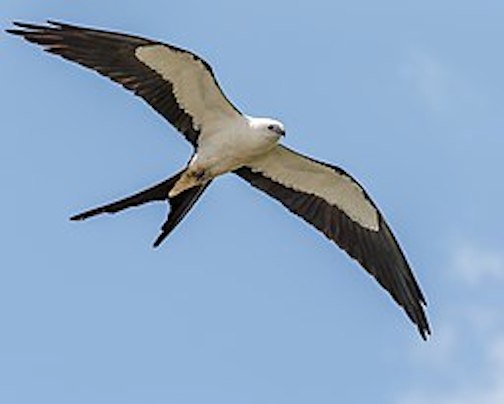 Swallow-tailed kites are among Mississippi’s most striking birds with their contrasting black and white feathers and long V-shaped tails.

Researchers have asked that sightings of swallow-tailed kites in Mississippi be reported for several years, but this year the public’s help is more important in keeping tabs on the birds.

“Any time we know of a nesting area, it’s important,” said Nick Winstead, ornithologist with the Mississippi Museum of Natural Science. “Monitoring is important because it helps us find the locations where the birds are and work with landowners to protect those sites for at least that nesting season, if possible.”

In recent years, aerial surveys were conducted to find areas the birds were using. Additionally, the public was asked to report sightings.

This year, the public will be the sole eyes and ears of the museum.

“Unfortunately, we don’t have the funding for aerial surveys this year,” Winstead said.

Swallow-tailed kites are raptors with state and federal protection. They feed on insects and small vertebrates such as tree frogs and small snakes. Their wingspan can exceed 4 feet. They spend fall and winter in South America and spring and summer in Central America and Southeastern coastal states.

Mississippi is asking for the public’s help to protect swallow-tailed kites.

Their range was much once greater in North America, but a population drop coinciding with logging occurred roughly 100 years ago.

“They were in roughly 20 states historically in the eastern U.S.,” Winstead said. “Now, they’re in about seven or so Southeastern states. They are a species of conservation need.”

With improved habitat, the birds are reclaiming some of their historic range, but slowly because they are gregarious.

“Given the social nature of these birds, they like to nest near other birds,” Winstead said. “Given that gregarious nature, they’re really slow to reoccupy areas they once occupied because there aren’t other kites there.”

Winstead said areas such as the lower Pearl and Pascagoula rivers are known breeding grounds, but in other parts of the state there are fewer sightings of birds and nest sites reported. So, reports are particularly needed in central and north Mississippi in order to protect nesting sites.

To report a sighting, note the day, time, exact location and how many swallow-tailed kites were observed and email the information to Winstead at nick.winstead@mmns.ms.gov. Winstead said he can also be reached by phone at 601-576-6000. 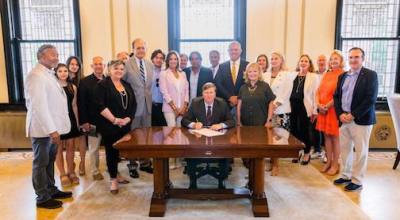