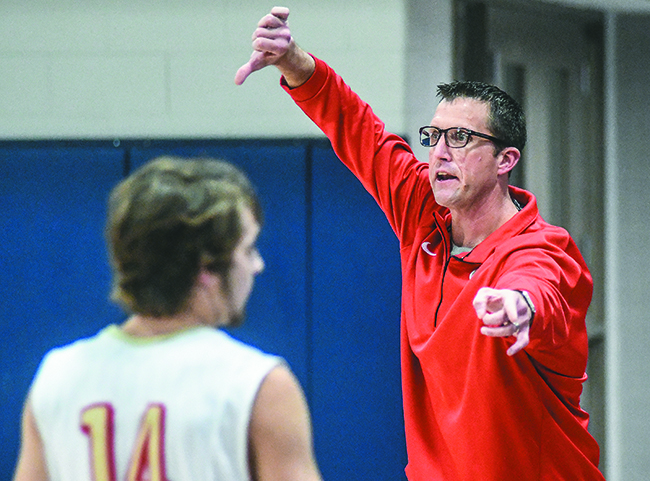 Lafayette’s Brad Gray is stepping down from his role as head coach of the Commodores’ boys’ basketball program to become the new assistant principal at Lafayette Middle School.

Gray, who led Lafayette to a 20-55 record over his four seasons with the Commodores, said he does not have the same passion for coaching as he once did, adding that it would not be fair to his players to stay on as head coach without being fully invested in the job.

“The wick on my coaching candle finally burned out and I just don’t have the drive and desire to do it like I once did,” Gray said. “I’ve always told myself that if I ever get to that point then I need to step away from it because I would be doing the kids a disservice if I’m not totally committed.”

Lafayette athletic director Greg Lewis said he was happy with the foundation Gray laid for the program, praising his ability to work with other coaches to coordinate schedules for multi-sport athletes and develop more well-rounded students.

“I felt like we’ve built a foundation for our kids,” Lewis said. “Coach Gray’s been able to work with all the coaches and build his program at the same time and that’s important with what we’re trying to accomplish here at Lafayette.”

The district began accepting applications for the position on Monday, and Lewis will begin interviewing candidates later this week.

He said the ideal candidate will be a young, energetic coach with a passion for teaching who is willing to take on a similar role as a coach who develops multi-sport athletes.

“I am looking for a high-energy guy that can jump into that same role,” he said. “I want that same constant—that [willingness] to work with these other teams because I think we rely so much on those athletes that play both sports.”

Lewis hopes to hire a replacement within the next two weeks in order to hit the ground running with summer camps.