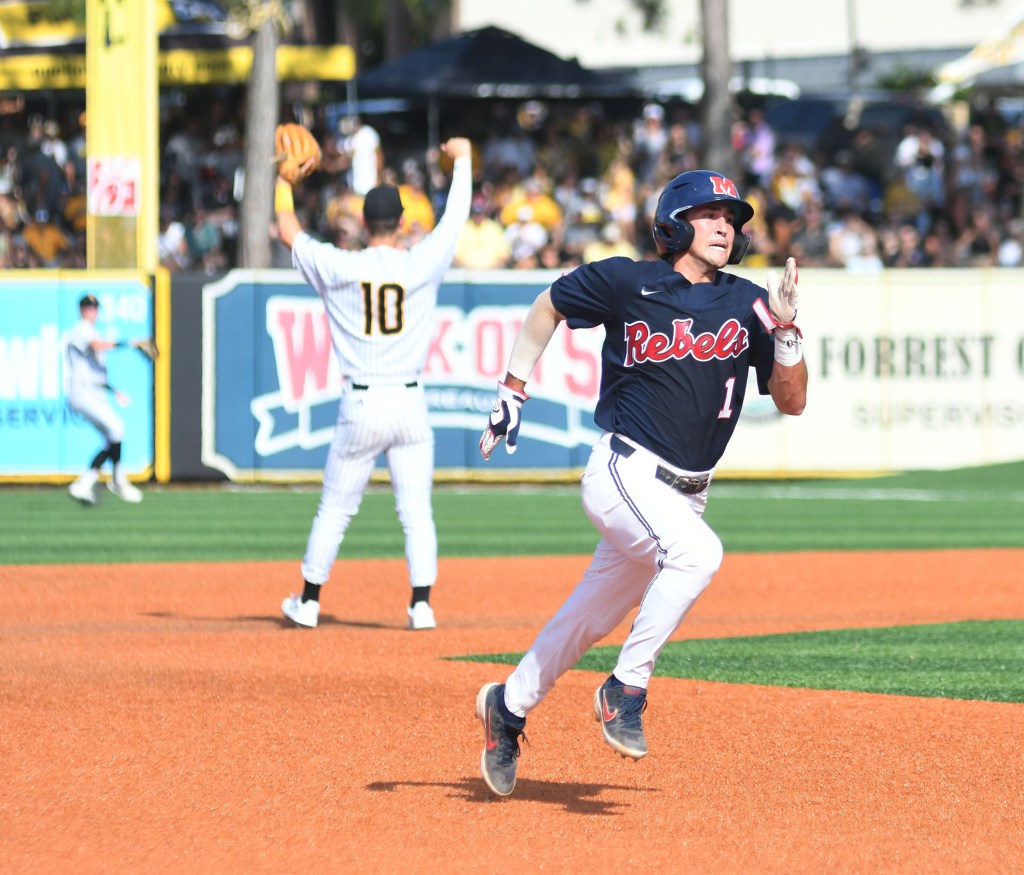 Ole Miss second baseman Peyton Chatagnier goes first to third on a single by right fielder Calvin Harris in the sixth inning of the Rebels' 10-0 win over No. 11 Southern Miss in game one of the Hattiesburg Super Regional on Saturday, June 11, 2022. (©Bruce Newman)

Ole Miss baseball embarks for Omaha this week for the sixth time in program history, but this Rebels squad isn’t content to just participate in the storied tournament.

Second baseman Peyton Chatagnier summed it up best when asked what it felt like to clinch a spot in the College World Series, saying it is something the players on this team have dreamed of for years.

“It’s something we had talked about and dreamed [of] before the season even started,” he said. “That’s always been a part of our goal [but] obviously our biggest goal is to win the whole thing.”

The sophomore righty said dog-piling on the field in Hattiesburg was “unbelievable,” but added that winning a national championship would “be a lot cooler.”

Ole Miss kicks off their tournament run against a familiar foe in No. 14 Auburn.

The Rebels take on the Tigers in game four of the College World Series at 6 p.m. CT on Saturday. The game will be available on  ESPN2 and the Ole Miss Radio Network.